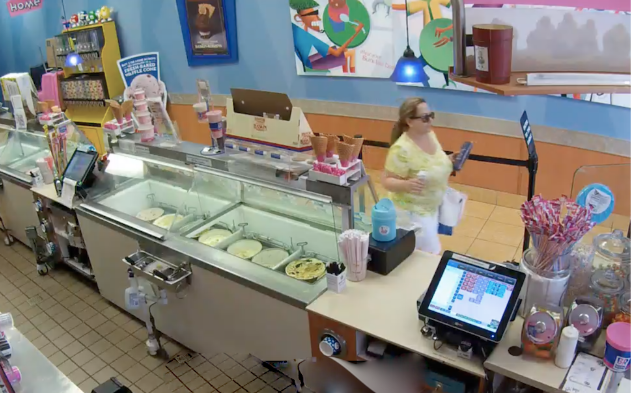 Here's the woman who stole a purse left at Baskin-Robbins on July 5, 2019.

New Canaan Police are asking for help from the public in identifying a woman caught stealing a purse at Baskin-Robbins in that town last week.

Video surveillance from the popular Main Street shop shows the woman stealing the purse at about 4:07 p.m. Friday.

— This article originally was published in NewCanaanite.com.

One image of the woman suspected of stealing a purse left at Baskin-Robbins on July 5, 2019.

Wearing a yellow T-shirt and white shorts, she is described as an au pair, grandmother or caretaker of a young boy with whom she entered the store and sat at a table near the door, eating ice cream.

Video surveillance shows an unwitting young couple sitting at the next table over, including a woman with a purse that she hangs by the strap from her chair. The young woman and man she’s with leave without her purse, the video shows. 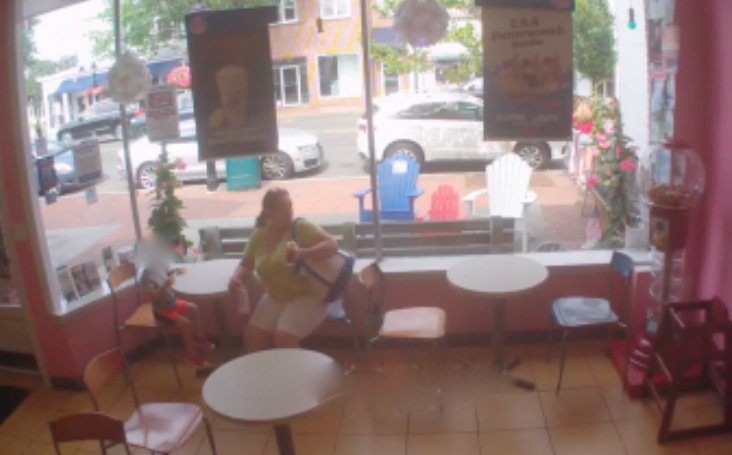 Here’s the woman who stole a purse left at Baskin-Robbins on July 5, 2019. Image courtesy of New Canaan Police

The suspect then appears to prepare to leave the shop also, when she spots the purse, looks around—presumably for the very video surveillance cameras that capture the theft—then removes the purse from the chair and drops it into her own bag.

One thought on “Do You Know This Woman Suspected in the Theft of a Purse in New Canaan? Police Trying to Identify Her”