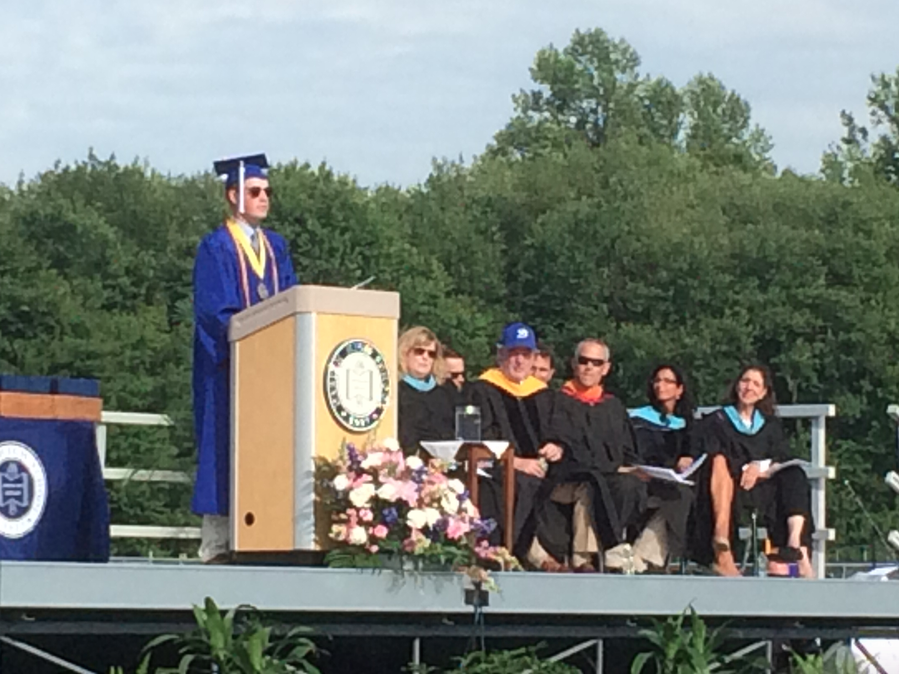 Here’s Co-salutatorian Christian Ostberg’s speech (as prepared and as he slightly revised it) at Darien High School’s Class of 2016 graduation ceremony on Thursday: 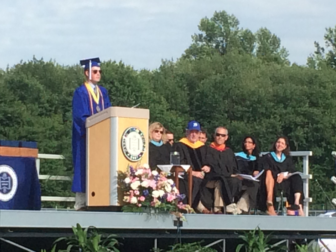 I’d like to begin today by telling you a story. A story that has had a profound impact on my young life. One morning, this past fall, I was on duty with Post 53. Around 8 a.m., my crew was called to the scene of a home.

When we arrived, we found something incredible … a sight that I’ll never forget. Right there in front of us, a baby girl was being born.

Let me tell you, watching a baby enter the world is a really amazing experience. Is it a little bit hectic? Sure. A little bit messy? No doubt. But is it awesome? Absolutely.

Although I’ve been lucky enough to do some pretty cool things throughout my high school career, I’d consider holding that newborn baby in my arms to be one of the most moving moments of my entire life.

Reflecting on that experience, as I was considering what to say today, it got me thinking. I realize that I’m not necessarily qualified to give you guys any advice, but I think I may be qualified to share a couple of words with her. 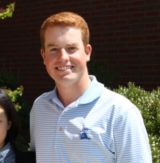 There was so much I could have told her, so many experiences I could have shared. Granted, I was kind of busy at the time, so why don’t I do it now instead. If I had the chance, here’s what I would tell her.

I would tell her about the story that my dad has read to me every Christmas Eve for as long as I can remember. It’s a story called “The Station” by Robert J. Hastings, which depicts life as a train ride constantly accelerating towards some elusive destination: what Hastings calls the “station.” What my dad wanted me to understand was the importance of the journey, not just the station, and that’s exactly what I would want to convey to her.

I would explain to her that she was born into a society that holds so dearly life’s stations—the goals, the accomplishments, the successes. In communities like ours, we’re led to believe that we’ll arrive at the station “When we win the FCIAC championship.” Or maybe “When we get into the college.”

I would want her to know that true joy in her life wouldn’t come with the arrival at the station, but instead with the journey itself. The smiles. The tears. The laughs. These are the moments that I wish she would remember.

Looking back, the thing that I would want to share with the baby girl more than anything is a thought about happiness. I’ve been fortunate enough to have had plenty of success throughout my high school experience, and I’ve worked alongside so many peers who have been equally successful, each in their own way.

But what I’ve observed along the way is that my peers who are the happiest aren’t necessarily those who are the most athletic, or the most popular; not even those who study the most and get the best grades.

Rather, the happiest people are those who work the hardest at being happy: those who have the courage to take control of their journey, pursue their personal passions, and capture the joy in every single day.

And that’s what I think we should all remind ourselves of today. You see, it’s not that I wasn’t thrilled when Mrs. Dunn told me that I was the co-salutatorian, or when we won the FCIAC golf championship. Believe me, I was.

But to me, grades, awards, and championships haven’t been the things that have made me the happiest. Instead, it’s been the small things along the way. Like seeing my teammate Bobby Osborn sink those birdie putts on the last two holes to secure our win over New Canaan. Or that hilarious flamenco dance we did in Seño’s class last year. And of course, the fact that I was lucky enough to be on duty for the birth of that baby girl.

So let’s stop “pacing the aisles and counting down the miles” for the next station to arrive. Instead, let’s find our own happiness and cherish each moment as it unfolds. Don’t worry, that station will come soon enough.

Thank you and congratulations to the class of 2016.