The Darien High School Band took a trip to Nashville several weeks ago to perform, attend a master class and visit some sites important in American musical history.

Shortly afterward, back at the high school, students from all grades presented their music at the 19th annual Young Composers Concert.

The Darien High School Band, under the direction of Mr. Jonathan Grauer, traveled to Nashville on April 4 to 7.

At the Grand Ole Opry in Nashville

The Band students participated in a musical exchange with students at Cane Ridge High School. Each school band performed for each other and then performed a combined selection.

The Darien band  alsohad master classes with faculty members at Vanderbilt University, visited the Country Music Hall of Fame and the Grand Ole Opry, and had the opportunity to record their music in historic RCA Studio B, where Elvis Presley made over 200 recordings. 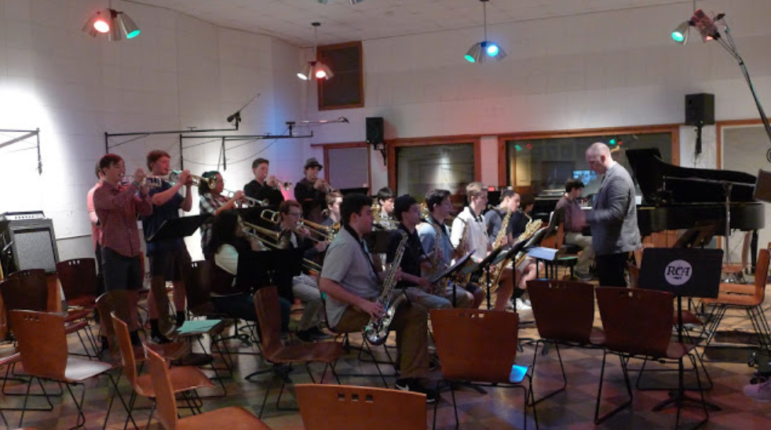 The Darien High School Jazz Ensemble records in the historic RCA Studio B recording studio in Nashville. (Elvis was not in the building.) 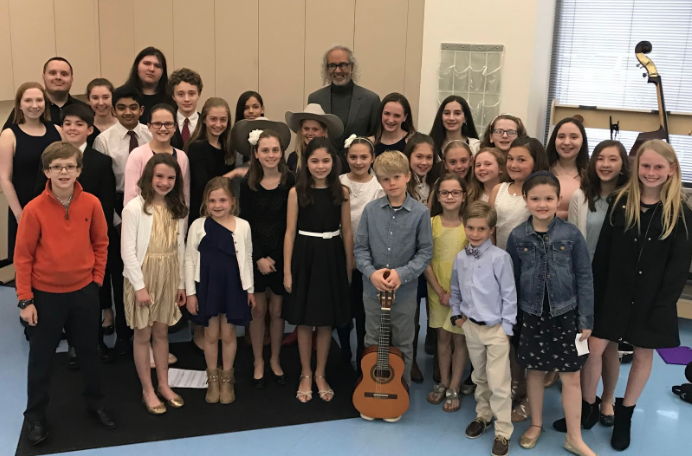 Our young composers, ranging in age from Kindergarten through Grade 12, had an opportunity to meet and ask questions of accomplished guest composer Darryl Tookes. 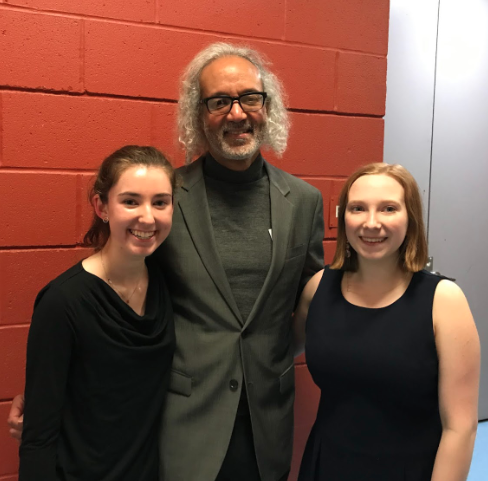 Mr.Tookes is a prolific vocalist performer, song writer and composer who is currently on the faculty of Florida A&M University and has performed with artists ranging from Elton John and String to Leonard Bernstein.

The students also received comments from Mr.Tookes on each of their compositions.

“This year’s group of talented Young Composers performed an amazing range of musical styles and expressed their thoughts and ideas through music,” said Music Director Richard Sadlon. “We are always impressed by their creativity and extremely proud of their musical accomplishments.”

This year’s featured young composers were: