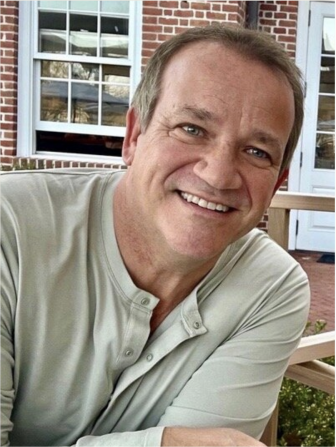 David was born on Dec. 2, 1963 to Ralph and Nancy Cobb in Oradell, New Jersey. He graduated from Pascack Hills High School in Montvale, New Jersey in 1982.

He went on to study business and economics at Lehigh University, where he was a lifelong active member of Theta Delta Chi fraternity. He earned a MBA in 1995 and a Master of Science degree in 2014, both from NYU Leonard Stern School of Business.

After his university graduation from Lehigh, he began his finance career at Standard and Poor’s and later held positions at Deutsche Bank, Chubb Financial and Babson Capital. He was also an instructor at Columbia University School of Professional Studies.

In 1997, he met Lauri Scoran, and they wed in 2000 at Gleneagles in Scotland. Never happier than being surrounded by family and friends with any sporting event on TV and a cocktail in his hand, David loved golf, dogs, college football, Sunday “Funday” football with the Giants (even when they didn’t win), travel, more golf, the Rangers and the Yankees (and even more golf).

In addition, he loved cars (and kicking tires) of all kinds, was a wine and cigar aficionado, watch collector, and enjoyed fine bourbons while entertaining family and friends.