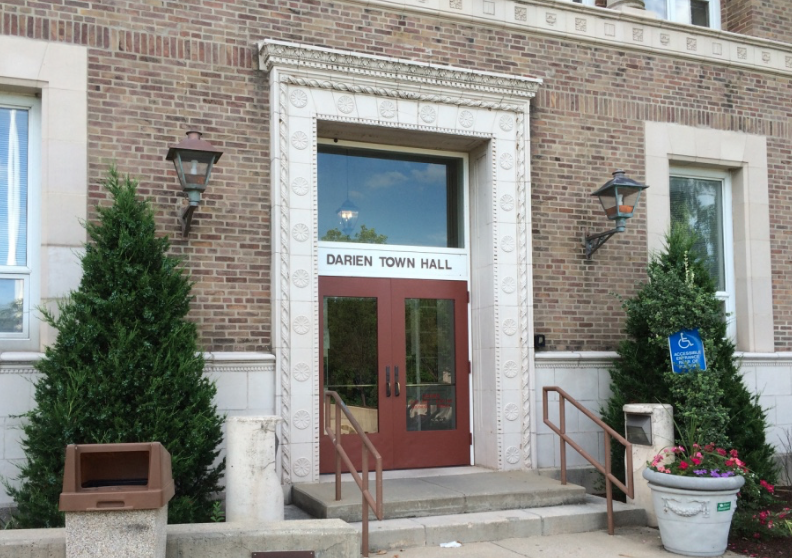 Residential property increased slightly in value but property assessments were down for town businesses in 2015, according to figures in Darien’s Grand List of tax-assessed properties, which rose a total of 1 percent in the year leading up to Oct. 1, 2015.

Commercial real estate was assessed at a quarter of 1 percent below the previous year’s value, and personal property — essentially non-real estate business property that can be taxed — fell by 2.4 percent from Oct. 1 2014 to the same date in 2015.

Tax assessments for Eversource’s equipment in town went up by just over $1 million.

(The Grand List is officially set for the upcoming year’s taxes each year on Oct. 1. All comparisons are for assessments before property owners appeal the amounts. Assessment numbers reflect 70 percent of total assessed value — the amount used for tax purposes.) 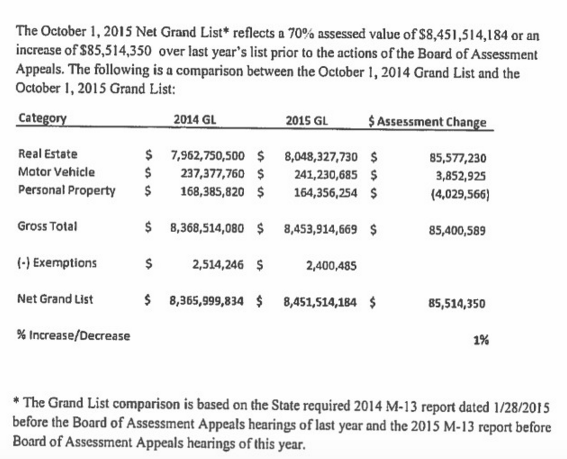 Town Assessor Anthony Homicki reported the figures from the Grand List to Finance Director Jennifer Charneski in this memo dated Jan. 28, attached to the report Homicki sends each year to the state.

The new total is $8.4 billion, according to the Town Assessor’s Office. The rise was also 1 percent in the previous 12-month period, according to figures released by the office.

Other articles from Darienite.com about this year’s Grand List:

The town office files an annual report with the state in late January of each year. According to this year’s and last year’s reports (which give information on the Grand List as of Oct. 1 for each year). 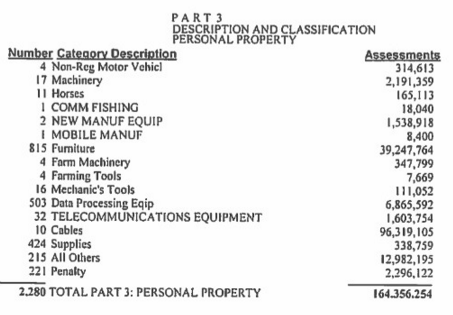 Some details on personal property tax assessments for 2015. 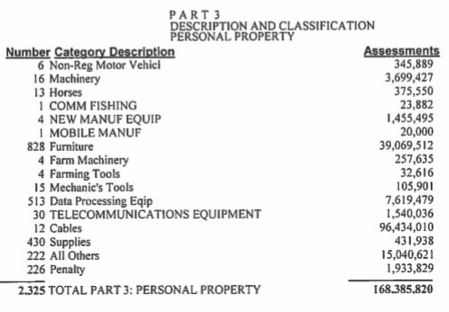 Darien personal property taxes, broken down by type, for the Oct. 1, 2014 Grand List 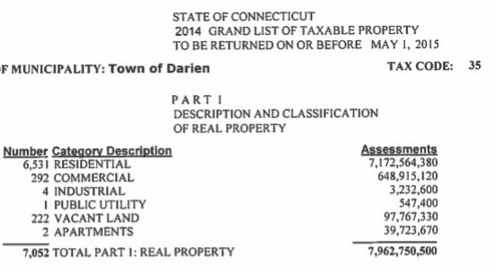 The same Grand List figures from Oct. 1, 2014 in the town\’s previous annual report to the state.

The top 10 Darien personal property taxpayers as assessed on Oct. 1, 2015 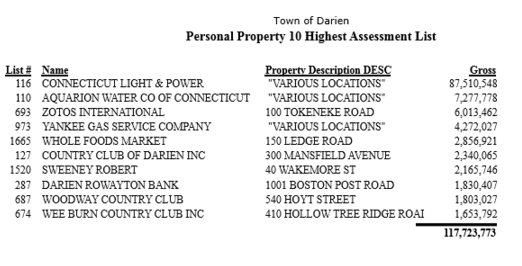 Top 10 assessments for personal property taxes in 2014 in Darien

Details from the report on motor vehicle assessments for 2015.

These types of tax exemptions have been given by the town for the 2015 Grand List (they’ll take effect for 2016 taxes):

Tax exemptions by type and amount in the 2015 Grand List

3 thoughts on “Darien’s Grand List Up 1%, But Assessments on Businesses Down”