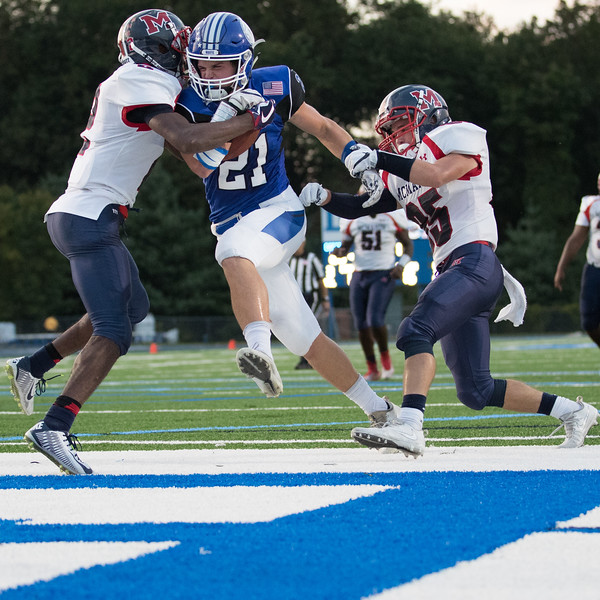 With snow predicted for Saturday, CIAC has announced that it is moving the Darien vs. Greenwich football game up to 10 a.m. (still at Boyle Stadium in Stamford).

At 6 a.m. on Saturday, CIAC will assess the weather and determine if the CIAC Class LL Finals football game can be played as scheduled at 10 a.m.

Please check the CIAC website (HERE) after 6 a.m. to find out.

There is a 20 percent chance of snow in the overnight hours between Friday and Saturday beginning after 3 a.m.

According to the National Weather Service, it will be cloudy, with a low around 28 degrees.

On Saturday, Dec 9, the forecast is for snow and a high near 31 degrees.

The chance of precipitation is 80 percent.

New snow accumulation of 3 to 5 inches is possible.

The snowfall could impact the Greenwich High School CIAC Class LL Finals football game against Darien in Stamford’s Boyle stadium, set to start at 11:00am.

This story will be updated and put on Facebook and Twitter when CIAC Officials give word on possible postponement to football finals.

— A version of this article originally was published by Greenwich Free Press.