Darien police Lieutenant Jeremiah Marron, a 23-year veteran of the Police Department, will become Captain Jeremiah Marron as of June 2, the department and Police Commission announced on Tuesday.

Darien Police Chief Ray Osborne and the Darien Police Commission are proud to announce today the promotion of Lt. Jeremiah P. Marron Jr. to the rank of captain, effective June 2, 2019. 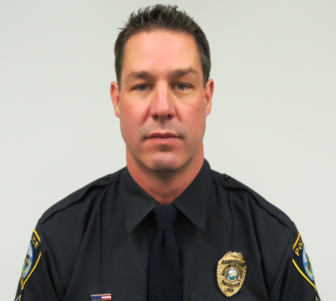 Marron is a twenty-three year veteran of the Department. Graduating from the Connecticut Police Academy in 1996, Marron has served the department with distinction in both the Detective Division and Field Services as both an officer and supervisor. At this time, he is currently serving as the administrative lieutenant.

Marron was appointed as a patrol officer in 1996, sergeant in 2006 and lieutenant in 2017. He served on the Southwest Regional Emergency Response Team for nine years and was a field training officer for six years. He is one of the department’s public information officers and is a member of the SCUBA Team, serving as a rescue diver. Marron is also the K-9 Unit and accident investigation team supervisor.

Marron is a 2016 recipient of the United States Attorney’s Award and holds a B.A. in criminal justice from Sacred Heart University. In addition, he is a graduate of both the Roger Williams University First Line Supervisor and Police Mid-Management Schools, a 2012 graduate of the University of New Haven Center For Advanced Policing, Innovation in Police Management Program and the 2018-2019 Police Leadership Institute program at Sacred Heart University.

Marron is a second generation Darien police officer, son of the late Captain Jeremiah P. Marron Sr., who also served the Town of Darien with honor and distinction from 1967 to 1989, and Pauline Marron, formerly of Darien.

On behalf of the entire staff of the Darien Police Department, we offer our sincere congratulations to Jeremiah P. Marron Jr. on this well-deserved promotion.

Editor’s note: The original announcement was already calling him “Captain Marron,” which, according to the announcement, is two weeks premature. We congratulate Jeremiah Marron without any reservations, but we’re calling him “Lt.” while it’s official.