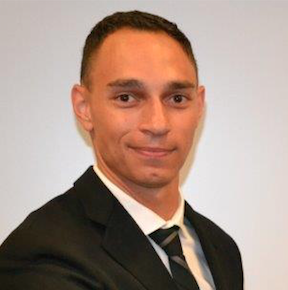 The new officer is a former high school-level teacher and police officer.

A former member of the Bethel Police Department, Brown graduated from the Connecticut Police Academy a year ago, in June 2018.

Shortly after 3 p.m. in a small ceremony on Monday, Police Commissioner Kim Huffard and Chief Ray Osborne swore in Bryce Brown as a probationary police officer. 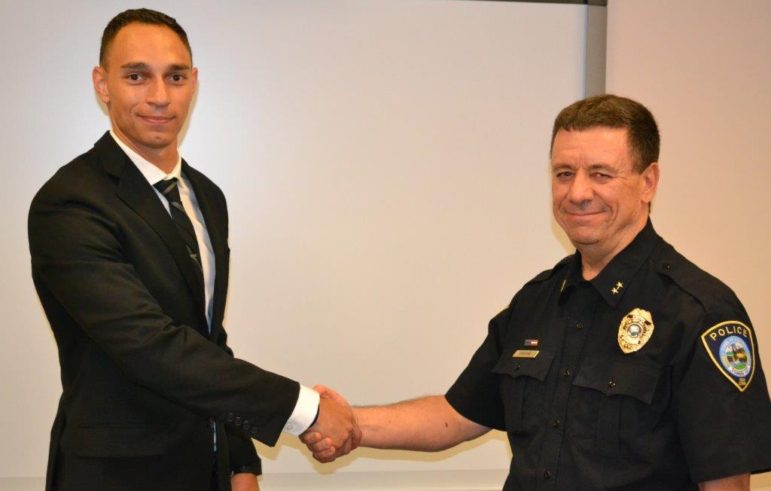 Just-hired Officer Bryce Brown after his swearing in gets a handshake from Police Chief Raymond Osborne.

Since Brown already had the necessary training and certification as a police officer, he will undergo a modified field training program and is expected to be ready to begin patrol on his own in a matter of weeks. Brown began his training with the Darien department this week.

Brown holds a bachelor’s degree in business management from Western New England University and a master’s degree in secondary education from Sacred Heart University. Before his law enforcement career, he was a teacher at the high school level in Trumbull and Newington.