Darien’s annual Flag Day ceremony honored the nation’s flag Tuesday in front of Town Hall. Here’s what the ceremony looked like on a sunny, breezy afternoon: 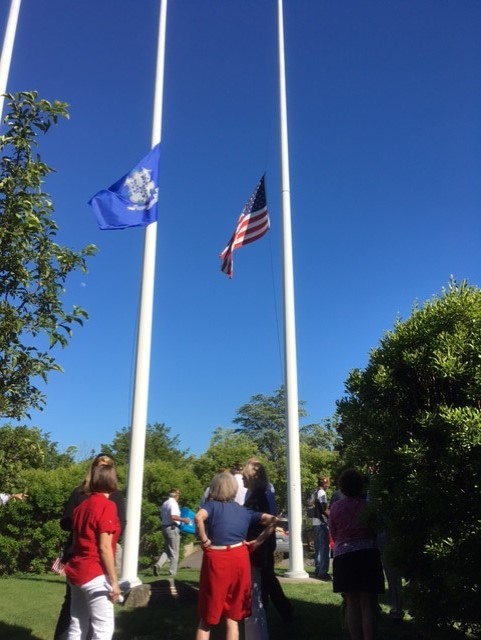 U.S. flags are at half-staff at federal government sites across the United States until sunset Thursday in recognition of the Orlando, Fl. massacre. The Connecticut state flag is also at half staff until that time. The president and governor have authority to have flags lowered at their own government sites, although the public generally follows those examples.

From Monuments and Ceremonies Commission Chairman Phil Kraft’s prepared comments for the ceremony:

A flag may be a flimsy bit of printed gauze, or a beautiful banner of finest silk. Its intrinsic value may be trifling or great; but its real value is beyond price, for it is a precious symbol of all that we and our comrades have worked for and lived for, and died for––a free nation of free people, true to the faith of the past, devoted to the ideals and practice of Justice, Freedom, and Democracy. 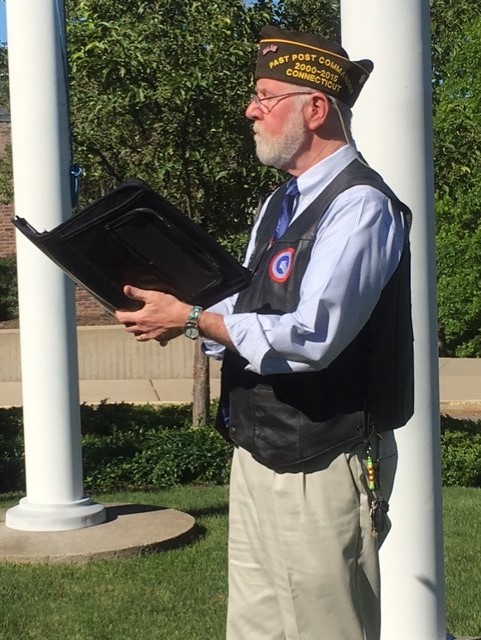 Phil Kraft, chairman of the Darien Monuments and Ceremonies Commission, speaks at the event, which was organized by the commission.

From the anonymous poem, “I Am Your Flag”:

I am the symbol of the living America,

the badge of its greatness,

the emblem of its destiny. 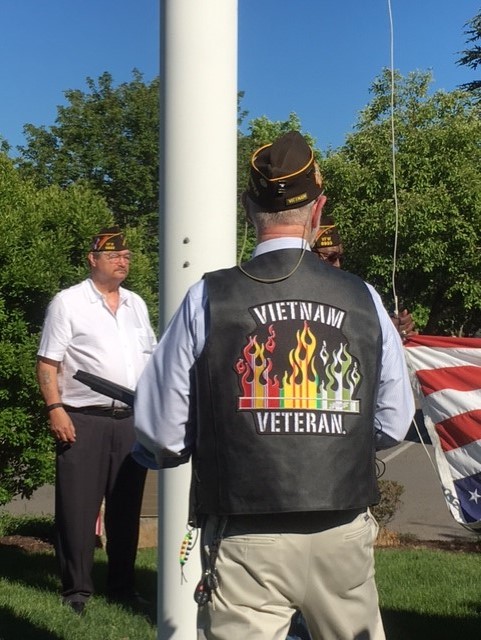 Kraft, a Vietnam Veteran, during the ceremony.

Second stanza of the poem:

It is I who keep men mindful of their priceless heritage,

life, liberty, and the right to pursue happiness. 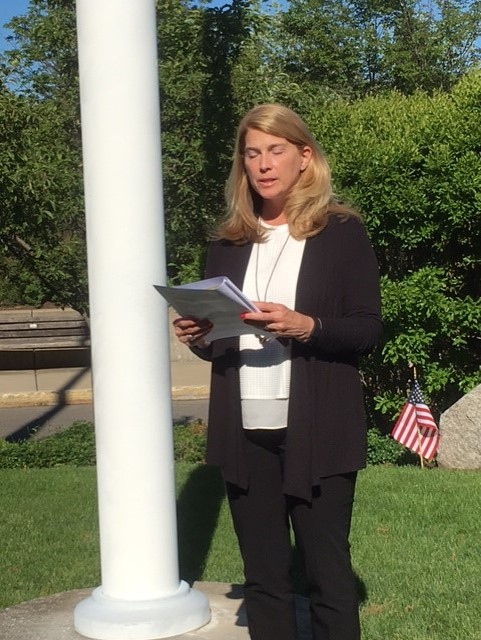 This statement was to conclude the ceremony:

And now, as we raise the new flag, let us think of just one person who served this nation, whether that person be living or dead. Now, or on your way home tonight, tell someone that person’s story. Pass their memory on.

Here’s the entire poem “I Am the Flag” which was to be recited by various readers as part of the ceremony:

I Am Your Flag

I am the symbol of the living America,

the badge of its greatness,

the emblem of its destiny.

It is I who keep men mindful of their priceless heritage,

life, liberty, and the right to pursue happiness.

I represent the land of promise wherein, already,

than ever before on this earth.

Each strand and fiber of my being is a memorial,

dedicated to the sacrifices of all those strong

who have lived and died in the nation’s service,

So long as I shall wave,

all people under my protection may freely worship,

undaunted by the shadow of fear.

For I am friend to the oppressed

and downtrodden of every land.

I wave over schools throughout the nation

and in them the nation’s future is molded.

I am the Flag of the United States

for peace on earth.