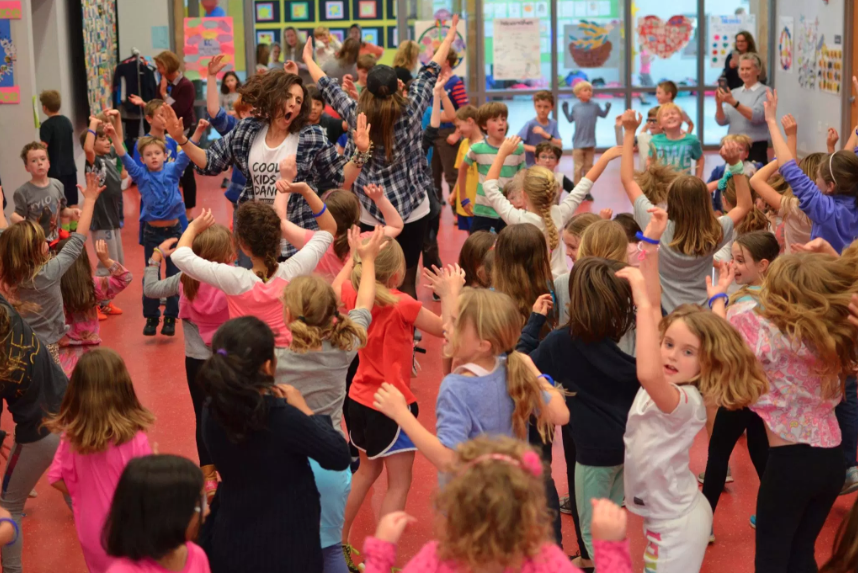 Dance on the DL teaches kids at Tokeneke School.

Dance on the DL, which previously offered dance classes out of JoyRide Studo at Goodwives Shopping Center, has moved into its own space next door in the shopping center.

The local dance instruction business will celebrate with a Grand Opening open house on Saturday, Sept. 22.

Here’s the announcement from Dance on the DL: 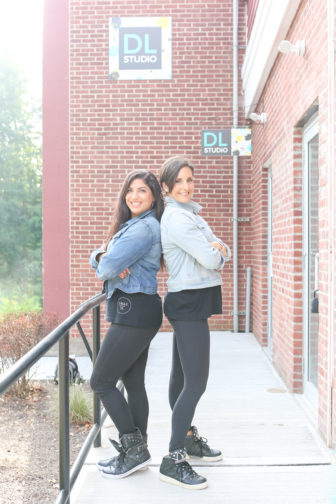 “D” and “L”: Doreen Godfrey and Linda Cicero, co-owners of Dance on the DL

Dance on the DL proudly announces its new studio space located one door down from JoyRide Studios (25 Old Kings Hwy. North, Suite 28A) where classes were previously held.

To celebrate this remarkable milestone, A grand opening is scheduled for Saturday, Sept. 22 from 12 noon to 3 p.m. Registration for fall classes is open and can be made on their website.

Lite bites will be provided by Cesco’s, Tengda and Chocolate Works, all Goodwives Shopping Center neighbors.

Raffle donations and other special offers have generously been provided by Lymbr, Kirby And Company, Wineport, UCBC, Andrew Stefanou Salon and Spa, JoyRide and of course, Dance on the DL. Ten chances to win and you don’t have to be present at the drawing.

A special lineup of events is scheduled that should not be missed, including Breakdance demos and “a live flash mob.”

Dance on the DL has experienced tremendous growth in just two years. Founders Doreen and Linda have added two additional instructors, Ivan Castillo and Wilfredo Munoz to assist in the growing demand of classes.

Born and raised in Maspeth, NY, Doreen was a member of the national award winning Moves & Motions dance company from the age of 6 and performed with the company for 11 years.

She is trained in ballet, contemporary, tap, jazz and hip-hop.  Her dance career has allowed her to perform for MTV’s “A Night of Fashion,” “The Grind Workout Series” and “TRL.”

She was a singer and dancer in the ABC show “CityKids”, the WB series “Popstars” and was a soloist on the “H&M Valentines Day Show” airing on CBS and NBC.

After performing with the AFL, she went on to become head coach and choreographer for the Fordham University Cheerleading Team.

Doreen resides in Darien with her husband and three beautiful daughters. It is a dream come true for her to share her love of dance with her students and adults alike.

You will always hear her say, “No matter how you feel just dance it out, because dancing makes everything better.” 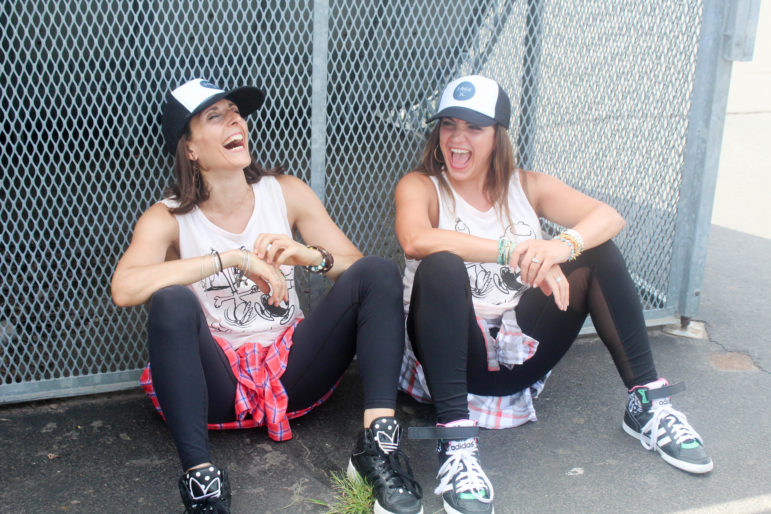 Born and raised in Trumbull, Linda grew up loving to dance, but it wasn’t until her mid 20’s that she was able to take her first official dance class (although MTV provided free lessons for years 😉 ). And after one spin on the dance floor, Linda knew that she found her soulmate in dance.

Linda’s training started in the ballroom where she danced Pro-Am for five years at Fred Astaire Dance Studio in Norwalk.

Learning from Paul and Brian Herman from Double Up Dance Company, Linda is also trained in hip-hop. 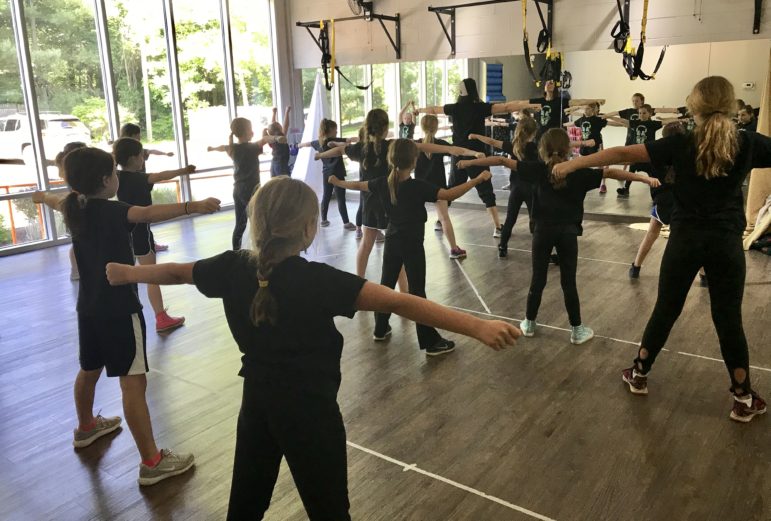 Dance on the DL students

She is also a licensed Zumba instructor and a certified AFAA group fitness instructor. She has been teaching for over five years and finds no greater joy than looking out into class and seeing a room filled with positive energy and smiles.

She teaches dance and fitness classes in the Norwalk/Darien area. She lives in Norwalk with her mini-dachshund Jack, who she proclaims is the cutest dog in the world. She believes there is no greater joy in the world than hitting play and dancing your troubles away.

Wilfredo “Freddy” Munoz, a native born dancer out of Bridgeport, originally started his training in the hallways of Central High School.

Over time he has been mentored by dance industry icons including, Rhapsody James (Motivating Excellence S4), Luam Keflezgy (Rock The Industry), United OutKast and Galen Hooks (The Galen Hooks Method). He is now represented by Clear Talent Group in both Los Angeles and New York.

While maintaining time in the commercial industry he also stays true to his hip hop underground scene upbringing as Bboy Frenzy. 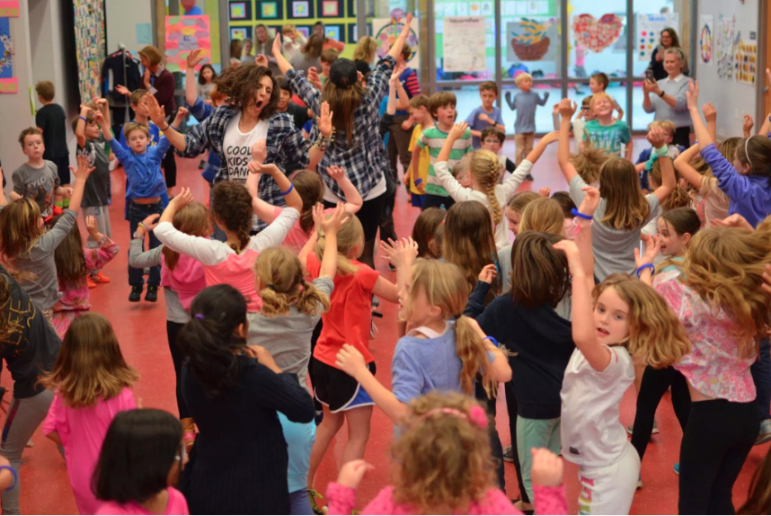 Dance on the DL gets down with kids at the “Grooveathon” at Tokeneke School. 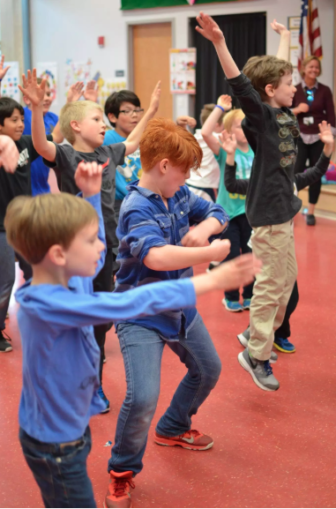 Guys grooving at the Grooveathon

Born and raised in Danbury, Ivan’s passion for music and dance started at a young age. Influenced by dancers he watched on TV and on-line, Ivan spent many hours teaching himself, putting countless practice hours in. He is proof that hard work pays off.

Ivan has trained and performed with several well-known and respected industry leaders including Rhapsody James, Paul & Brian Herman and Corey Grimes and is currently represented by Bloc Talent Agency in New York City. Through his teaching, Ivan aims to share his love for the art of dance with others.