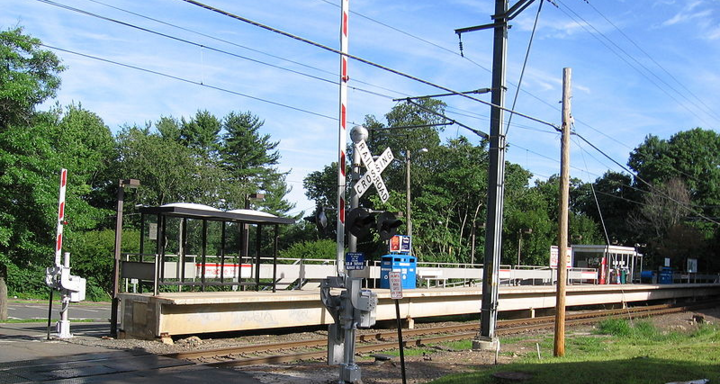 Talmadge Hill Railroad Station, the only station on the New Haven Line without canopies overhead to protect waiting passengers from rain, snow and sleet, is on the “top of my list” for a canopy, said a top official with the state Department of Transportation.

John Bernick, assistant rail administrator for the department, said at the Connecticut Rail Commuter Council meeting held at Darien Town Hall on March 18 that he’s got to worry about keeping the line going safely, which includes replacing rails, ties and major bridge repair or even replacement projects.

But Bernick sounded hopeful that money might be found for a canopy at the station, which he called “a basic need.” 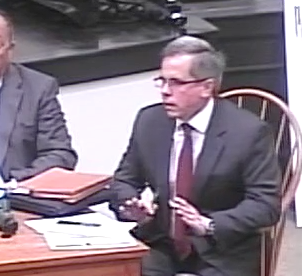 “I’ve got to keep my mind on what’s the state of good repair on the line in general,” he said, but he added, “Certainly Talmadge Hill, you’re top of my list for canopies, so we’ll look into that.”

He continued: “We do have some Go CT money [a state transportation financing program] for the New Canaan Line. Maybe we can leverage some of that.”

Bernick’s comment was made in response to complaints from Rodney Chabot of New Canaan, a former chairman of the Connecticut Commuter Rail Council and New Canaan First Selectman Rob Mallozzi about the station, which is only about 600 feet from the Darien-New Canaan border and where a number of Darien commuters take the train. 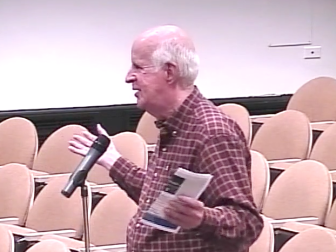 Chabot, who said he’s been a commuter on the line for 40 years, told Transportation Department officials at the meeting that it’s time the station got a canopy.

“I’ve stood out there in rain, snow, sleet — everything — you name it — to get on at Talmadge Hill, and I’m wondering why this is the only station that doesn’t have any canopy covering the platform.”

Chabot pointed out that the station has more passengers than either the Glenbrook or Springfield train stations, also both on the New Canaan Branch, and yet they have new canopies.

“I don’t want to hear the excuse that there are bus shelters [at the station]. Well, there are two little shacks which hold maybe six to 10 people. That’s no good for the hundreds of people who get on. We need a canopy equal to what Glenbrook and Springdale have, and I think that the town of New Canaan has been neglected on this, especially since we have more passengers.”

After Chabot  spoke, Mallozzi got up to say that the state Transportation Department had made plans for canopies at the station as early as 1995.

“We have 225 permit holders at that station, [and another] 12o daily commuters out of that station,” Mallozzi said. “DOT officials said the planning began in 1995. It was to be completed in 2004.” He said he hasn’t been able to get an answer from the department on when the canopies are finally coming.

“It’s dispiriting,” Mallozzi said. “It is a stated project under the lease agreement with the town of New Canaan.”