The man (or teenager) in the pictures attached to this article is wanted for questioning by police in connection with a scam used to steal $700 from a Norwalk Community College student at a Darien bank. 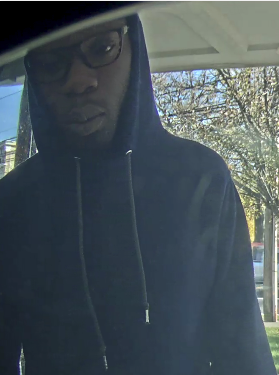 A picture of one of the suspects in the check scam.

Police previously described the incident in news releases: The student was approached by the suspect, who said he had two checks but had trouble cashing them in order to pay a college bill. The student, who has autism, agreed to take the checks and immediately give the suspect some of the money.

The man in the picture and another man drove the student to TDBank in Darien, where the man deposited the checks in the student’s bank account at an ATM. The student then withdrew $700 in cash and gave it to the suspect. Later, the checks were found to be from a closed account, so the student victim was short $700. 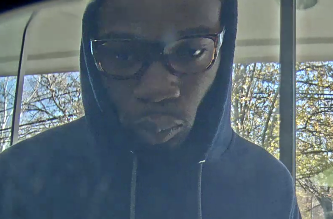 Another picture of the suspect

On Friday, police released pictures of the suspect who received the money (but not any pictures of another suspect in the scheme, who drove the victim and the man in the pictures to the bank).

Darien Police Department announced on Friday that “is seeking the public’s help in identifying the individual. One of the suspects may be driving a newer model Chevrolet Sedan, white in color.”

“If you believe you know who the individual in the picture is, please contact the Darien Police Department Detective Bureau at 203.662.5330.”