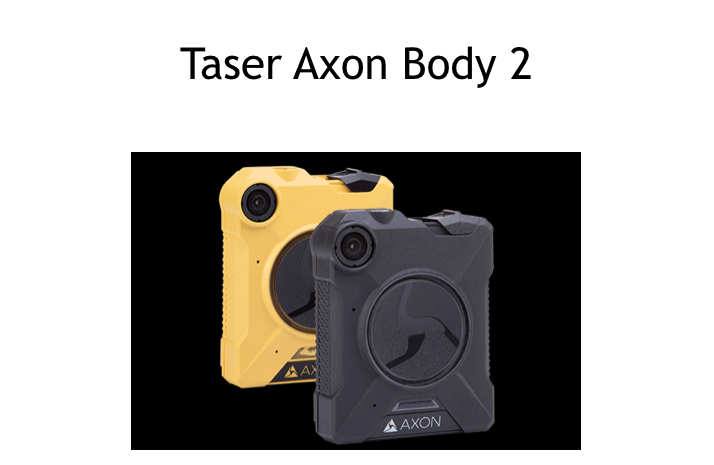 The Axon Body 2 cameras recommended by the Police Department are sold by Taser.

A proposal for body cameras to be worn by Darien police officers is up for approval at Monday night’s Board of Selectmen meeting.

The resolution proposed for approval by the board states that “use of body cameras is considered to be a law enforcement best practice.”

In a Power Point presentation to the Board of Selectmen, dated July 28, the Police Department pointed out that body cameras would help with police investigations, documenting witness statements and police actions, and the cameras would also help hold police accountable and provide evidence in civil suits against police.

Darien TV79 announced it will have a full video of the Board of Selectman meeting posted on the Internet by Tuesday.

Body cameras are by no means perfect in recording events, the presentation also points out. Among the difficulties: The video recordings don’t necessarily show what the officer sees; “Some important danger and tactical cues important in the use of force decision making process are difficult for a camera to capture;” a camera may see better than an officer can in low-light conditions; and “camera speed differs from the speed of life that can cloud evidence of an officer firing after a threat has ended.” 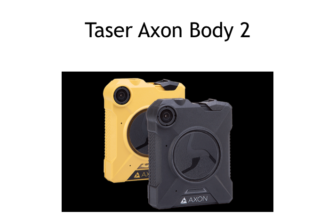 The Axon Body 2 cameras recommended by the Police Department are sold by Taser.

Police body cameras were twice put on the Police Department’s requested annual budget (for last fiscal year and for this fiscal year) and were twice rejected by the Board of Selectmen, who said the time wasn’t ripe.

The cameras would be used by each patrol officer.

According to the Power Point presentation, “Most area police agencies have or are researching the purchasing of a body camera program.” Wilton, Norwalk and Westport police departments all deploy body cameras.

The Police Department considered body camera systems from several manufacturers (Taser, VieVue, WatchGuard and Data 911). The department then narrowed the choice to two candidates (Taser and Data 911) and finally chose Taser as having the most attractive system.

Among the reasons for going with Taser: 3,500 police agencies in the U.S. have chosen it as of September 2015, Taser’s equipment includes “a better quality camera and carrying design”; the record storage method is simple and accurate; and the company can take care of any technical problems that come up.

Here’s the resolution and the full Power Point presentation: 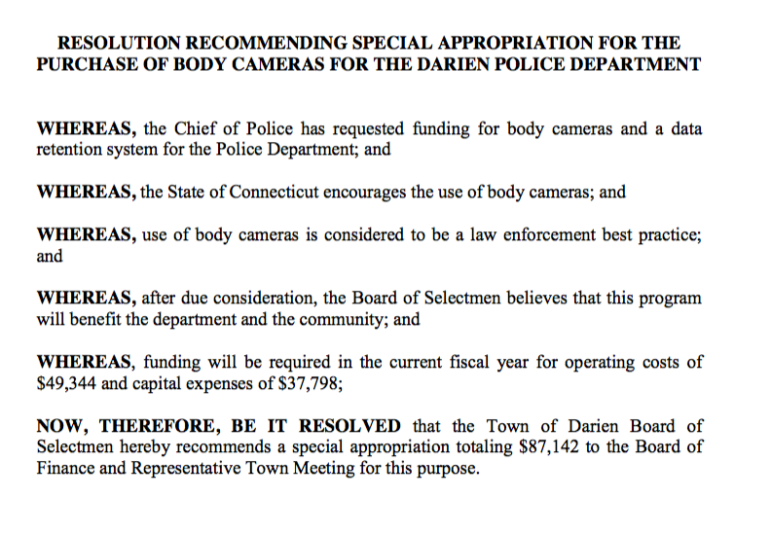 Proposed resolution at the Aug. 8, 2016 Board of Selectmen meeting 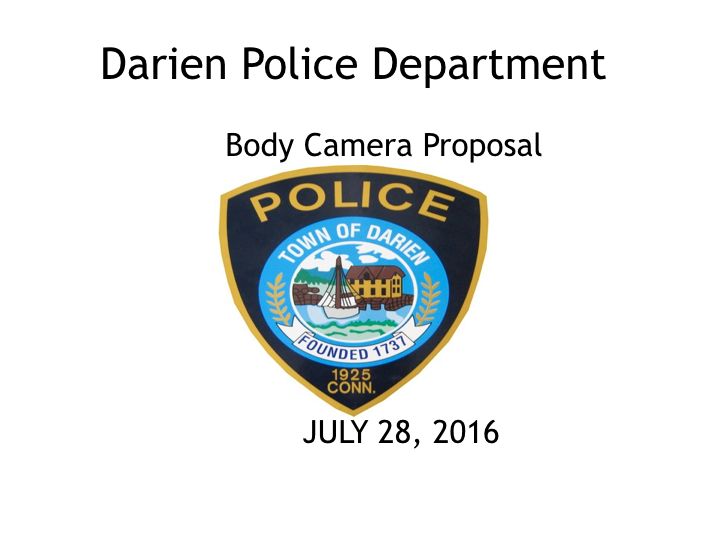 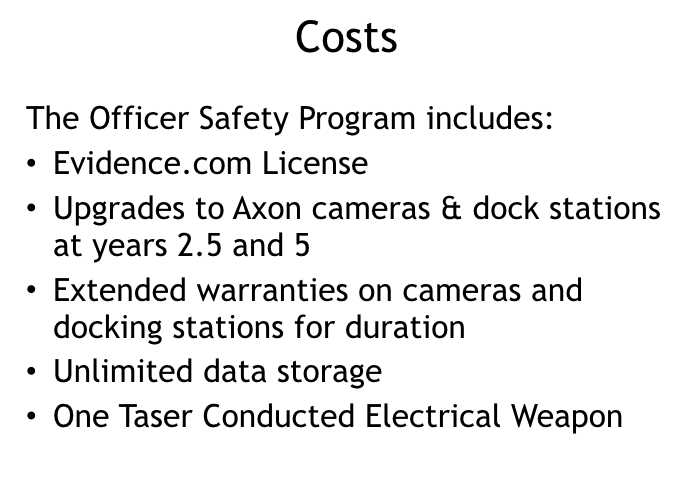 The Power Point presentation also included these weblinks this article and these videos (a third video is no longer available on YouTube):