How did Americans develop their love affair with driving?

Visit the Smithsonian’s National Museum of American History in Washington and the transportation exhibit “America on the Move” will sell you on the commonly held theory that when Henry Ford made cars affordable, Americans loved them and demanded more and more highways.

Of course, that exhibit is sponsored by General Motors, which donated millions to put its name on the collection.

But University of Virginia history professor Peter Norton, author of Fighting Traffic: The Dawn of the Motor Age in American Cities contends that’s a myth. Just as outgoing President Dwight Eisenhower warned us of the military-industrial complex, Norton says an automotive-construction complex took over our country, paving from coast to coast.

Sure, Americans like their cars. But it was a conspiracy of economic interests that turned us into a car culture. Where cities once enjoyed a network of cheap, fast streetcars, GM, Firestone and oil companies bought and wiped them out, replacing them with buses and cars.

“This country destroyed and rebuilt its cities in the 20th century to serve automobiles,” Norton says.

And those same interest groups are alive and well in Connecticut.

Groups like “Move CT Forward” aren’t pro-transportation as much as they are pro jobs — in construction. The groups have spent a lot of money lobbying in Hartford to keep their members, the unions and contractors busy. While I’m happy they’re promoting transportation, their motives are hardly altruistic. 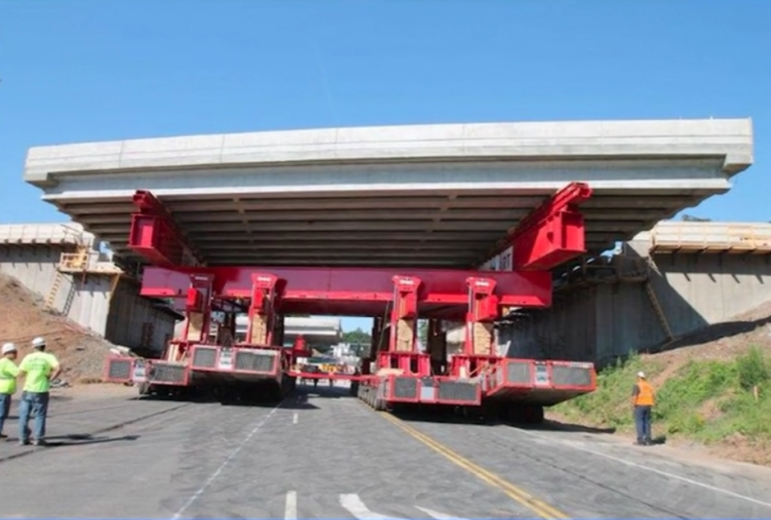 How the highway bridge at Exit 9 will be replaced: in two big pieces.

News about area roads and construction: