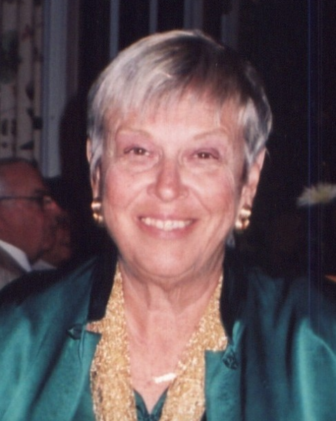 Barbara Jerebek Martin, 80, passed away on June 19. Her funeral will take place on July 3.

She was the daughter of the late John Charles Jerabek and Elizabeth Bestercy. Barbara grew up in Stamford, where she attended Sacred Heart Academy.

She then graduated Paeir School of Art in New Haven, studying interior design. She was recognized by the school’s president for her outstanding talent.

After graduating, she opened her own interior design business (Design Associates) in Darien.

During the winter months Barbara visited her Aunt Esther and Uncle Henry in Naples, Florida where she met Peter J. Martin. They married in 1980.

This was Barbara’s first marriage, and she spent the next 10 years devoted to Peter. They enjoyed traveling, plays and dinner gathering for friends and family. Peter passed in April 1990.

— an obituary from Fuller Funeral Home

Barbara is predeceased by her parents, Elizabeth Bestercy and John Charles Jerabek and too many relatives and dear friends to mention. Her dearest friend, Suzie Gorney and Katie Gorney were always there for her as her health declined. We will all miss her sense of humor, flair for cooking and interior design suggestions.

She was a parishioner at St. William Catholic Church in Naples and was very active in the Arimathean Choir, which she organized and participated in for many years until her mobility issues left her unable to travel.

She lived in Pelican Bay and enjoyed many friendships over the years. She was past president of the Hyde Park condo association.

Her cremated remains and a Mass of Christian Burial will be celebrated in her honor at 10 a.m. on Wednesday, July 3, 2019 at St. William Catholic Church, 601 Seagate Drive in Naples. In lieu of flowers, donations can be made to the Music Ministry of St. William Church or the Cancer Alliance of Naples.