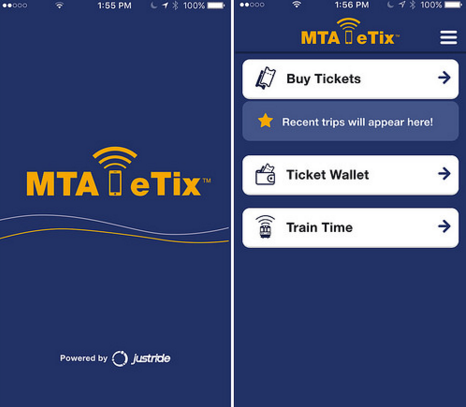 And here's what the app would look like on your phone (except for the 100% power — it won't give you that). (images from the announcement)

An app to buy train tickets from your phone will soon be available for commuters on the New Haven Line, including branch lines like the New Canaan Branch, state and Metro-North officials announced Thursday.

Here’s the announcement from the governor’s office (and see a video of the news conference, below):

Gov. Dannel P. Malloy, the Connecticut Department of Transportation, (CTDOT) and Metro-North Railroad today announced that commuters on the New Haven Line — including the New Canaan, Danbury, and Waterbury branch lines — will soon be able to purchase train tickets utilizing an app on their mobile devices, providing added convenience to commuters.

Once on board, commuters will simply need to show the digital ticket on their smartphone device to the conductor.

And here\’s what the app would look like on your phone (except for the 100% power — it won\’t give you that). (images from the announcement)

In addition, the Governor today announced that in response to customer demand, bicycle racks have been installed and are now in service on every New Haven Line commuter train.

“This is another step forward in customer service and convenience for Connecticut’s commuters, who rely on a modern and effective transportation system to get to work and go about their daily routines each and every day,” Governor Malloy said.  “On the busiest commuter rail line in the country, this new smartphone app will save everyone time and add convenience.”

CTDOT Commissioner James P. Redeker explained that the app, which is named “MTA eTix,” can be downloaded now and will become functional for stations along the New Haven Line and its branches beginning Monday, Aug. 22.

Versions are available for both Apple and Android devices, and can be downloaded at app stores by searching the keyword “MTA eTix.”

To use a digital ticket with the app, commuters will need to create an account and then follow three easy steps:

Following the recent purchase of 405 new, state-of-the-art M-8 rail cars that are now in service on the New Haven Line, the state began outfitting the cars with bicycle racks in response to customer demand. 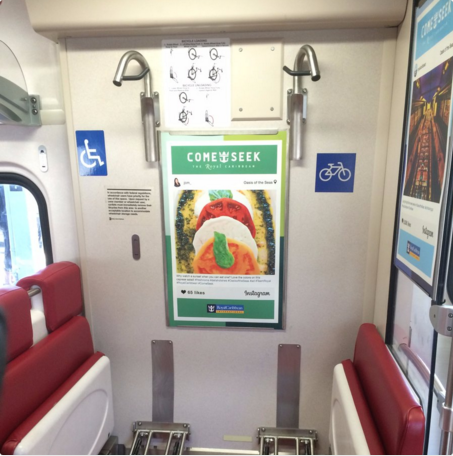 The cars operate in pairs, and a total of 190 racks have been installed and are currently available for use.

“This is another example of our listening to our customers and taking positive action,” Commissioner Redeker said.

Bicycles are not permitted on peak-hour (morning and evening rush) trains.

The cost of installing the racks was $209,000.  Connecticut’s share was $135,000 and the State of New York paid the balance under the 65-35 percent financial agreement between the states.

The New Haven Line is owned by the State of Connecticut and is operated by Metro-North Railroad under contract with CTDOT.

Video from the Connecticut Network

Here’s a 23-minute video of the news conference Thursday in which Malloy announced the new developments: