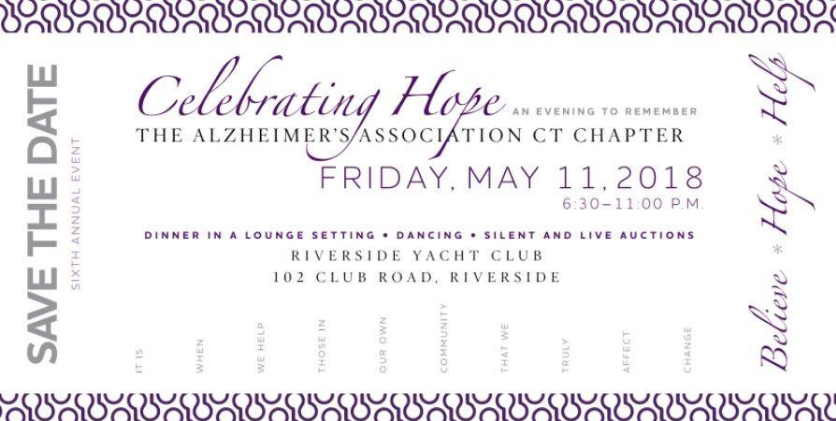 The Connecticut chapter of the national Alzheimer’s Association launched statewide efforts on Monday, April 23 to support those who have the disease and their caregivers.

Proceeds will benefit the 77,000 Connecticut residents living with Alzheimer’s disease and their 178,000 caregivers.

Connecticut residents can support the Connecticut Chapter in three ways:

Celebrating Hope is the Alzheimer’s Association Connecticut Chapter’s premier benefit in lower Fairfield County. The event is a lively evening of dinner and dancing. Guests will mix and mingle in a lounge-like atmosphere at the Riverside Yacht Club, while enjoying a buffet dinner and music.

The evening will also include dinner in a lounge setting; Abby Mueller, star of Beautiful: The Carole King Musical, will debut the original song Life Is Beautiful; dancing to “What Up Funk!”; as well as live and silent auctions items.

Since its inception in 2013, Celebrating Hope has raised over one million dollars to support the Association’s programs, services, advocacy efforts and research.

— from the National Alzheimer’s Association 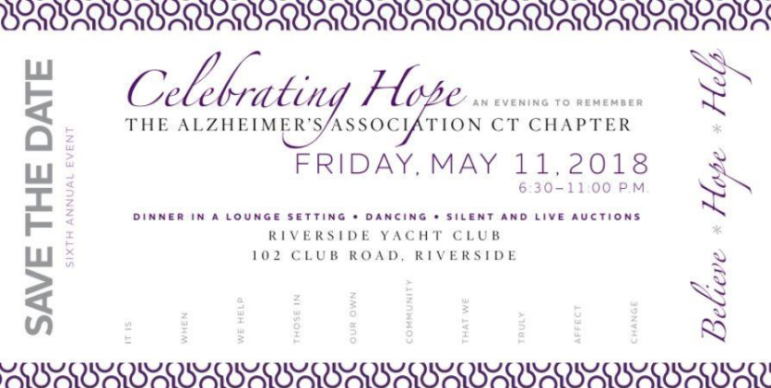 From the state Legislature’s “Report on the Task Force on Alzheimer’s Disease and Dementia“:

The Alzheimer’s Association Connecticut Chapter is the primary source of information and support to the thousands of Connecticut residents dealing with the effects of Alzheimer’s disease or a related dementia.

With offices across the state in Norwalk, Norwich, Winsted, Hamden and the main office in Southington, the organization offers 24/7 Helpline support 1.800.272.3900, family training seminars, care consultations, Safe Return training, support groups and educational programs for both healthcare professionals and caregivers.

The Chapter has influenced public policy changes and has provided support to Alzheimer’s and dementia research in the hope of finding a cure. For additional information, visit alz.org/ct. 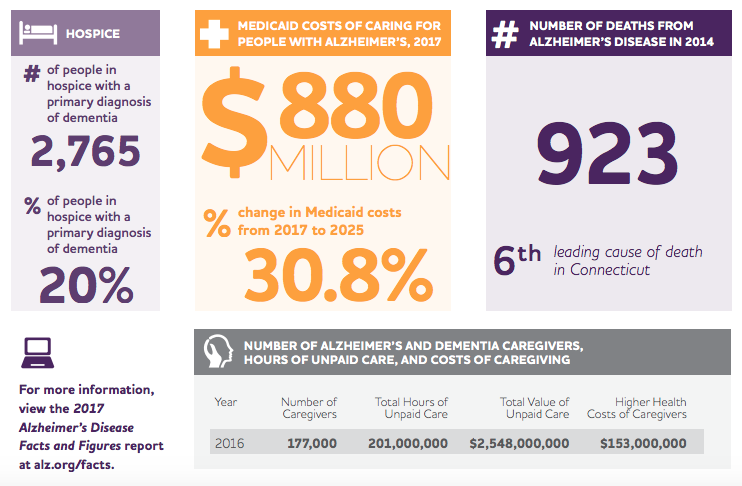