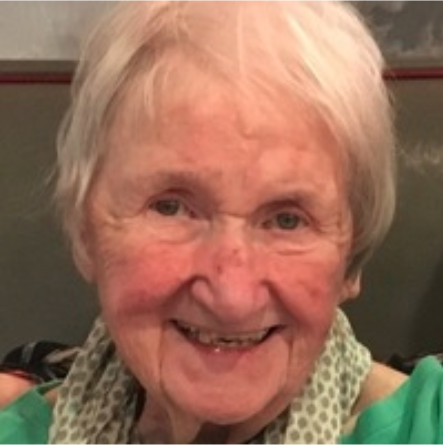 Alice Marie (Garrity) Pinney passed away peacefully on June 25 at Langdon Place of Dover, New Hampshire, after spending her lifetime loving others. 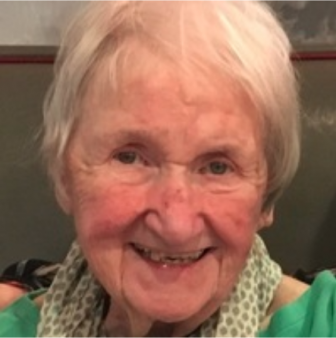 Throughout her life, she led her family with kindness and compassion. Alice created an atmosphere of warmth and care around her by always appreciating others for their best qualities.

Born May 6, 1930, she was the daughter of the late James and Veronica (McNamara) Garrity. She was raised in Stamford and Darien.

Alice was a graduate of Marywood College in Scranton, Pennsylvania. After college, she spent ten enjoyable years as a high school teacher.

She took her first international trip in these years, going with friends on a tour of Europe, which inspired a lifetime of passion for travel. Travel and having her own career as a woman in the 1950s meant Alice forever held a great spirit of independence and exploration.

After her marriage to the late Frank Pinney, she devoted her energies to being a mother: creating a loving, welcoming home, serving as a protective force for her family, and setting an example of selflessness to everyone she met.

Her extended family was always an important part of her life, and she dearly valued the time she spent with them. Alice and Frank were active UConn Women’s basketball fans, enjoyed going to the theater together, and creating a tradition of summer vacations on Cape Cod. She saw her calling as a gentle matriarch and her family as her first priority.

Alice took on multiple roles in her community of East Granby. She was an anchor in her local parish of St. Bernard in Tariffville. Civic engagement was important to Alice and she volunteered in numerous capacities, including at the local library, in elections, serving as president of the Ladies Guild, and as a Eucharistic minister. She and Frank were recognized by the Archdiocese of Hartford in 2010 with the St. Joseph Medal of Appreciation for their commitment to service.

Alice was predeceased by her husband, Frank; her daughter-in-law, Megan Lynch Pinney; her sister, Suzanne Weir; her brother, James Garrity; her brother-in-law, Joseph Weir; and her nephews, Mike Weir and Ted Pinney.

Members of her family include her children: Joyce Pinney of Hudson, Massachusetts; Anne Cogan and husband John of Dover, New Hampshire; Tom Pinney and wife, Lisa Lynch, of Minneapolis; her grandchildren: Shannon, Grace, Albert, Lark, and Alice; her sister-in-law, Margaret Garrity of Newtown; and her brother-in-law, Dick Pinney and wife, Jane, of Greenland, New Hampshire; and several nieces and nephews.

Services are private due to the coronavirus pandemic.

— an obituary from Tasker Funeral Home, where online condolences may be left.