Actress and former Darien resident Chloe Sevigny, with her mother in the audience, answered questions from a sold-out crowd Saturday night at Avon Theatre, talking about her career in film and in particular about the movie Lean on Pete, in which she plays a jockey.

When someone from the audience complimented her on her horsemanship and seemed to assume that Sevigny had become familiar with horses in Fairfield County, the actress corrected that impression:

“I had zero experience with horses,” before making the movie, she said. “My family tended to drift towards the water and water sports.”

Lean on Pete is about a 15-year-old boy with a disruptive family life who gets involved by chance in the lowest rung of the horse racing business. His involvement starts when a down-at-heels horse owner, played by Steve Buscemi, offers him a job working with a racehorse named Lean on Pete.

Sevigny’s character races on the horse and races against it, and when she’s not doing that, she’s giving the boy advice about the hard truths of the business, including the cold-blooded practice of selling losing horses for slaughter in Mexico. 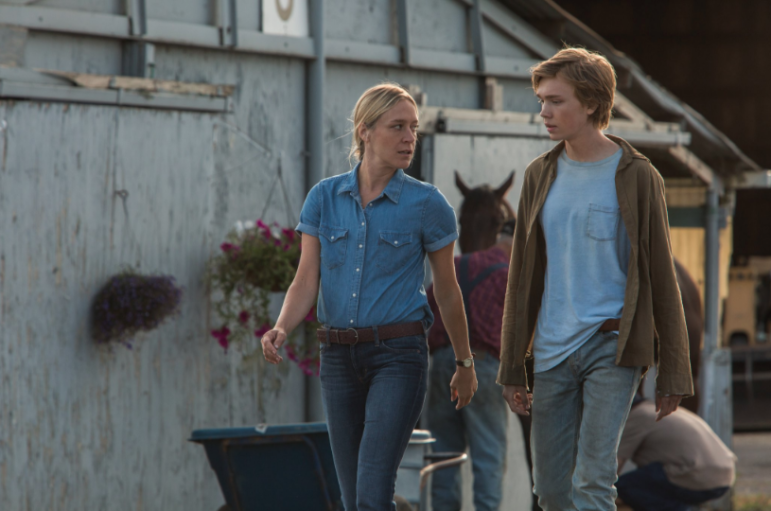 Publicity photo for Lean on Pete via Avon Theatre on Twitter

Scene from Lean on Pete with Chloe Sevigny and Charlie Plummer

In playing the character, she said, “I was trying to bring something really grounded” to the role.

When Lean on Pete loses his last race, the boy steals him and a truck and begins a journey across the West. Meanwhile, he’s also trying to find an estranged aunt to adopt him. 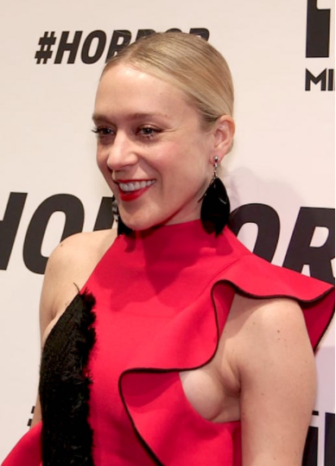 Picture by Arthur Kade, from Vimeo, via Wikimedia Commons

Chloe Sevigny at a previous movie premiere (at the Avon Theatre appearance on Saturday, she wore a tennis sweater).

Asked what advice she’d have for someone who wanted to start a career acting, she talked about how she began, pointing out that she had a lucky break. (During her senior year in high school, she met a young director who started casting her in movies.)

By age 19, when she was living in New York City, “I was really drawn to people who I felt were really doing stuff” — trying to make great art. She said she’s still drawn to “writers, directors, auteurs […] who made movies I wanted to see.”

That was what led her to Lean on Pete, she said. “I wanted to be a part of telling this boy’s story.”

Reading the novel that the movie was based on helped her understand the movie better, which helped her get into the role, Sevigny said. She also had some familiarity with Portland, where much of the movie is based, and then she learned more about racing horses by talking with jockeys and others in the business.

In the past, Sevigny sometimes has had harsh things to say about Darien, where she grew up, but the subject didn’t come up in the question-and-answer session.

Sevigny said she’ll be at the Cannes Film Festival in May and will sit on one of the “sidebar” juries for one of the groups giving awards there. Then she’s planning on finishing her third short film as a director/filmmaker.

Lean on Pete is playing this week, at least through Thursday, at Avon Theatre.