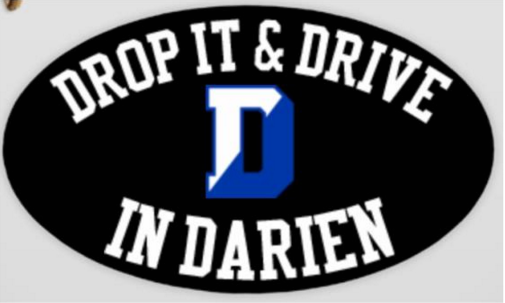 Kallie Coughlin, a junior at Darien High School, has won the design contest for a ‘Drop It & Drive in Darien’ decal to be produced and given away to high school students in town.

Kallie Coughlin’s winning design for the teen “Drop It & Drive in Darien” decal.

The decal, meant for rear bumpers but which can go on anything, is meant to remind drivers not to use their phones while driving, a practice that distracts drivers and can lead to accidents. 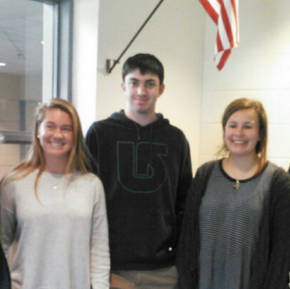 Winners of the “Drop It & Drive in Darien” decal design contest. From left: Kallie Coughlin, Peter Torrente and Stephanie Hilton

Coughlin won a $100 prize. Other winners from the contest, which was open to Darien High students: Seniors Peter Torrente (who wins $50 for second place) and Stephanie Hilton ($25 for third place). The prizes were donated by Fresh Green Light, a driver’s school with a location in Darien.

Whitney Ball, a mother and Darien resident, came up with the idea of the campaign and late last summer got help from local businesses and organizations to distribute the first version of the sign on a magnet for rear bumpers. That version will still be available alongside the special version for teen drivers.

Coughlin wrote this to go with her design submission: “As we know, texting and driving isn’t an issue specific to Darien. It happens all across the nation. With this format design, you can change the logo and name to be customized to fit any town while keeping a constant similarity to unite them all. This design is also similar to the ‘parent’ magnet, thus keeping the original and new designs related.”

At the award presentation, Ball said that she came up with the safety campaign to keep the Darien public’s attention focused on the problem and to encourage drivers to, in effect, make a pledge (by having the sign on their bumpers) not to pick up the phone while driving.

She said later that the campaign was also meant to encourage the community “to take a stand, as a town, to be safer.”

The decals should be available and distributed to students at Darien High School in about two weeks, Ball said. They are being donated to the cause by Stamford Signs. 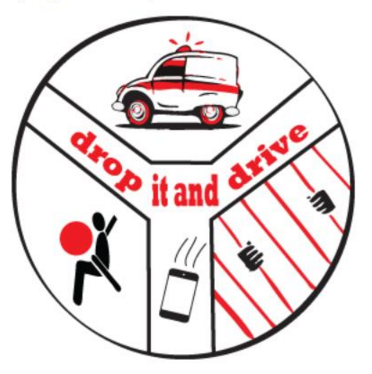 Students from teacher Dorine Bosler’s graphic design class submitted many of the entries, and she and a number of students were at the presentation.

The idea for the contest came from a focus group that Ball held at The Depot in September.

Ball said that she was grateful that Lovello and Darien Police Officer Courtney Isaac were at the event, even though both of them had the day off from work.

DHS students Brad Taylor and Baylor Stewart, both members of the Safe Rides group, were among the five judges for the contest. 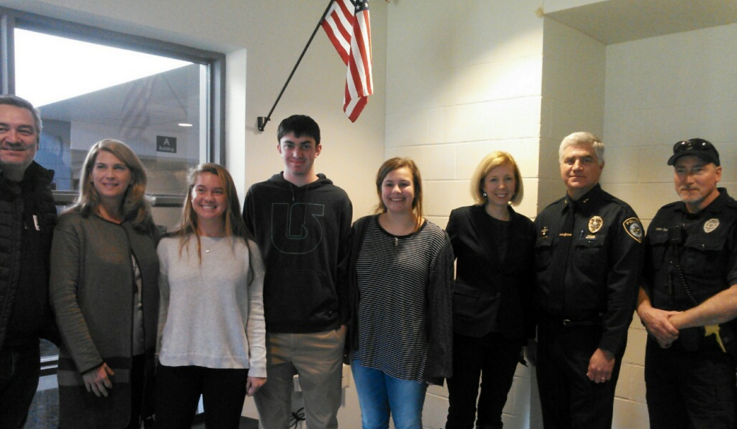