Dr. William Christie Tuthill, a retired veterinarian and avid outdoor adventurer who was known affectionately by his friends as “Wild Bill,” died of natural causes on Feb. 8, 2020 while kiteboarding in La Ventana, Mexico. He was 70 years old. 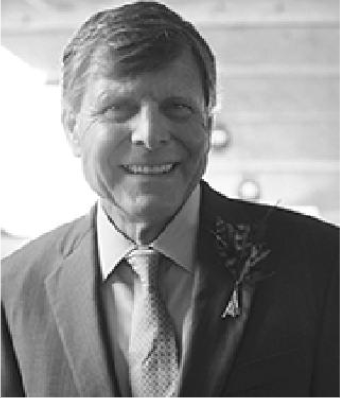 William Tuthill, 70, passed away on Feb. 8. Funeral arrangements have not yet been set.

Born on Sept. 25, 1949 in Mount Vernon, New York, he grew up in Darien. His parents were Howard and Agnes Tuthill.

Dr. Tuthill attended Colorado College for his undergraduate degree and the University of Missouri for his veterinary degree. He completed his residency at the Animal Medical Center in New York City, where he met his wife, Barb in 1977.

They were married in Rumford, Maine, and returned to Colorado Springs to raise their three children, Karissa, Michael and Kailey. Michael predeceased his father unexpectedly in 2009.

Dr. Tuthill opened two veterinary hospitals in Colorado Springs and was a skilled surgeon specialized in treating large and small animals. He was most proud of creating a family-like environment among his staff members and was known best for the care he provided, not just to the animals he treated, but their owners, too.

Wild Bill was a befitting nickname. Whether traveling, hiking with his family, kiteboarding, or renovating a home, he was never an idle man. Ever the outdoor adventurer, he knew we only have a limited time here and was determined to live as best he could, while he could. He was the definition of 70 is the new 50, letting little slow him down.

A meticulous planner and exceedingly organized, there was no trail he just happened on, he’d done all the research well in advance. If given the opportunity to host, the food was cooked, drinks were lined up and signs were posted with directions to the best campground, which he’d inevitably scouted the night before. The few things that ever annoyed him included waiting for the wind to blow, the snow to fall or to get on the chairlift.

He was an adoring husband, and a deeply caring, involved father and grandfather.
In addition to his wife, Barb, Dr. Tuthill is survived by his daughters Karissa Akin (husband Kelly Akin), who have two daughters, Everleigh and Anara Akin; and Kailey Gieck (husband Joseph Gieck), who are expecting their first daughter in March.
He is also survived by his brothers Howard S. Tuthill, III, and Walter Tuthill and his sister, Virginia Tuthill Clifford.

A celebration of Dr. Tuthill’s life is being planned for later this year, and more information will be forthcoming.

— This obituary previously was published by the Gazette in Colorado Springs, Colorado.