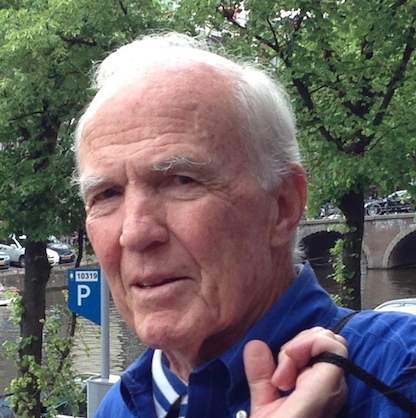 William B. Holding, a prominent banker and accomplished painter whose joys were his family and music, died peacefully on Aug. 15 in Darien. He was 84. 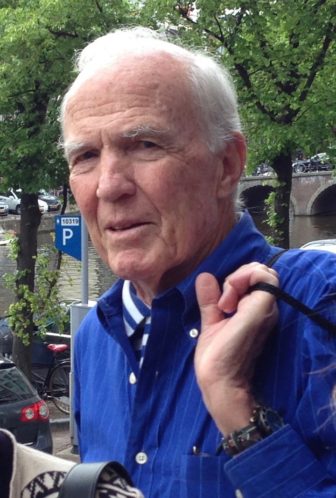 After a 30-year career at Morgan Guaranty Trust (now JPMorgan Chase) as a senior executive and president of its joint venture in Amsterdam, Bank Morgan Labouchere, Bill founded his own consulting firm, William Holding Associates, in 1991. The firm advised Dutch and other European corporations for more than a decade on investing in the United States.

Bill’s true passion, though, was music and art. Even as a boy, he was a gifted pianist, eager to play for family and friends the pieces that he often composed himself.

His bass voice anchored the Whiffenpoofs singing group at Yale College, where he earned his degree in 1955 and was known as “Lo and Be” Holding. Later, he would sing and travel the world with the Yale Alumni Chorus, and church choirs would often perform his highly original compositions.

As a painter, Bill drew on his fascination with the sea, developed as a boy sailing from Larchmont, NY, where he grew up, and as a U.S. Navy lieutenant aboard the heavy cruiser U.S.S. Salem in the Atlantic and Mediterranean Sea.

He had a talent for capturing the grace and power of waves, and his works in oil often portrayed sailboats off the coast of Nantucket Island, where he and his family have owned a home, in Siasconset, for many years.

Bill was born in New York City on Nov. 9, 1933, the son of Lucile (Burton) and Hunter Holding. He graduated from Mamaroneck High School and Yale, and then served in the navy for two years. He earned an MBA from Harvard Business School in 1959 and immediately joined Morgan Guaranty in New York. He lived in Darien and Siasconset.