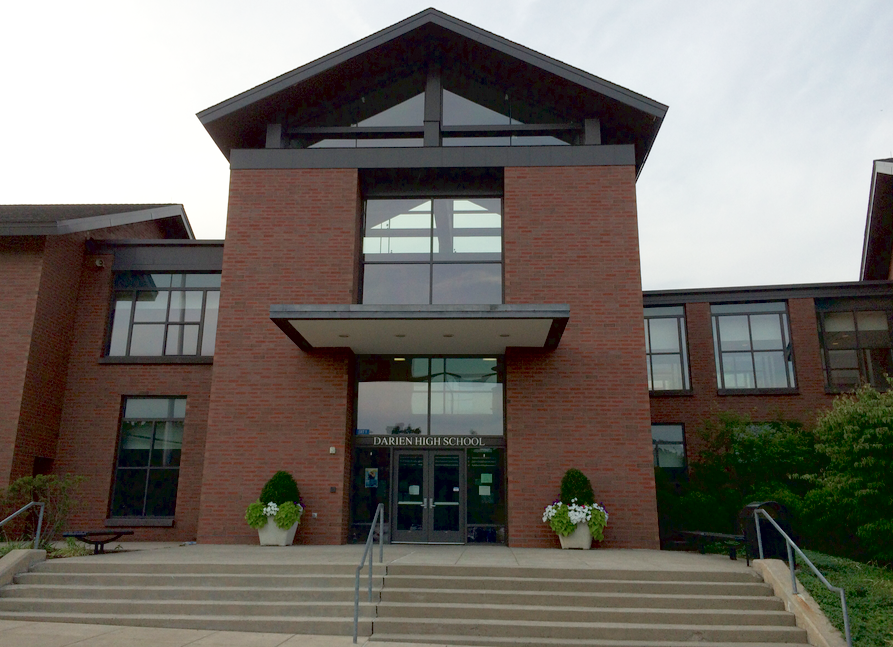 The parents of a former Darien High School student, including his mother, who was a Board of Education member, have filed a federal lawsuit alleging that two dozen town officials, school district employees, residents and news organizations in town  mistreated the student and the student’s family in various illegal ways.

The lawsuit, filed Oct. 11 in U.S. District Court in Connecticut, alleges that the student and his family, whose names are withheld in the complaint, were subjected to “a campaign of bullying, harassment, physical assault, retaliation, intimidation, and intentional and deliberate emotional harm” that lasted from at least October 2016 through the boy’s graduation in 2018.

Among those named in the lawsuit are the town government, Darien Public Schools, former Superintendent Dan Brenner, DHS Football Coach Robert Trifone, Athletic Director Christopher Manfredonia, the Darien Athletic Foundation, former Board of Education Chairperson Michael Harman, several other members of the board, and the companies that published the Darien Times and the Stamford Advocate. Various people associated with the foundation and the school district were also named.

(For reasons explained at the bottom of this article, Darienite.com is withholding the names of the parents and their son who are suing the district, even though the mother was a widely known Board of Education member.)

The campaign stemmed from a public incident on Oct. 1, 2016 during a football game in which the student’s coach, Robert Trifone, struck the student as he was leaving the field.

The student was wearing his helmet and protective gear, but Trifone’s blow was hard enough that some spectators audibly gasped when they heard the smack, and the boy almost lost his balance due to the blow, according to the lawsuit.

The student’s family did not allege in the lawsuit that the boy was physically harmed.

The lawsuit has a lengthy recounting of many allegations described in a 56-page, 179-paragraph complaint, as well as several exhibits made up of documents backing up parts of the complaint.

The suit focuses much less on Trifone hitting the helmet of the football player than it does in describing how school district officials allegedly failed to protect the boy in various ways after that happened, as well as on allegations of a campaign by Trifone’s supporters, in some cases orchestrated by Trifone himself, that criticized the player in letters to the editor and in at least one social media posting.

On top of the campaign supporting Trifone and criticizing the boy in the news media, the lawsuit alleges that the teenager and his family were harassed by students and adults, in and out of school, with the boy “subjected to ridicule, humiliation, threats and aggressive behavior when he attended school and participated in football team activities for a period of over two years.”

As late as September 2017, nearly a year after the football game, Darien High School Principal Ellen Dunn approached the boy to ask how he was doing, because she had heard the harassment had continued, according to the lawsuit.

The lawsuit asserts that the harassment against both the student and his family included “bullying, slander, defamation, threats (including death threats), coercion, fraud, and social stigmatization to destroy the plaintiff family, finally succeeding in driving the Board [of Education] member to resign and the family to quietly and suddenly relocate.” In August, the lawsuit states, the family moved out of town.

Among the accusations in the lawsuit are that the town and its school district violated various federal laws related to student privacy and preventing harm to students. The family is asking for “compensatory and punitive damages, the amount to be determined according to proof,” as well as costs for the lawsuit, including attorney fees, and whatever other compensation the court deems proper.

Attorney Meredith Braxton of Greenwich is the family’s lawyer. The case, John Doe PPA, Mother and Father Doe […] v. Town of Darien et al., has been assigned to a judge in Federal District Court in Bridgeport.

Although Trifone told various people that the player had engaged in aggressive behavior in a confrontation on the field, and a Stamford Advocate reporter (also now a defendant in the lawsuit) stated that in a news article, school district officials who eventually reviewed a video recording from a school security camera later said the student had done nothing wrong.

Federal privacy laws for students have prevented the video recording from being made public, and the parents have chosen not to make it public, but after initially suspending Trifone from coaching for several days, then-Superintendent of Schools Dan Brenner suspended the coach a second time after seeing the video.

Trifone, according to emails submitted as evidence in the lawsuit, worked with others to get comments posted on the Darien Times website and letters to the editor published in the Darien Times, Darienite and elsewhere that described Trifone’s action as in response to unsportsmanlike conduct by the player, not for any other reason.

The letters to the editor [now removed from the public part of Darienite’s website] were only the initial, public aspect of what the lawsuit alleges was a months-long campaign of abuse directed not only at the player, but at his mother as a member of the Board of Education.

Among the documents filed in federal court with the lawsuit, the family’s lawyer included messages from Trifone’s Darien Public Schools email account. The lawsuit says they show Trifone denigrating the student’s mother, including calling her “a psycho mother” in a Jan. 27, 2017 email and, in a Nov. 2, 2016 email, saying his suspension was due to “Mom us[ing] her position on the Bd of Ed the wrong way.”

Trifone apparently was suspended from his duties as a football coach shortly after striking the player. According to the lawsuit, Trifone talked to both parents of the student in a phone call after the game, later on the same day. He allegedly urged the mother to ask the superintendent of schools to reinstate him and told the father that it would not be good for their boy if Trifone wasn’t reinstated.

The lawsuit alleges that more than a year before the October 2016 incident, Trifone was already concerned that the student’s mother would raise questions about how some private money was raised for the football program.

In a June 2, 2015 email, Trifone said another school official “is also worried that [the student’s] mom is on the Board of Ed and he does not want her (or anyone for that matter) to question exactly how the money was raised.”

In the long series of accusations in this case, former Superintendent of Schools Dan Brenner is accused of not doing enough to protect the student, among other things. Members of the Board of Education are accused of not keeping information about the student private.

Accusations have been made against the Darien Times and Stamford Advocate, largely involving allegations that false statements were published.

Darienite.com will cover those allegations in other stories.

Editor’s note on not using certain names in this article: