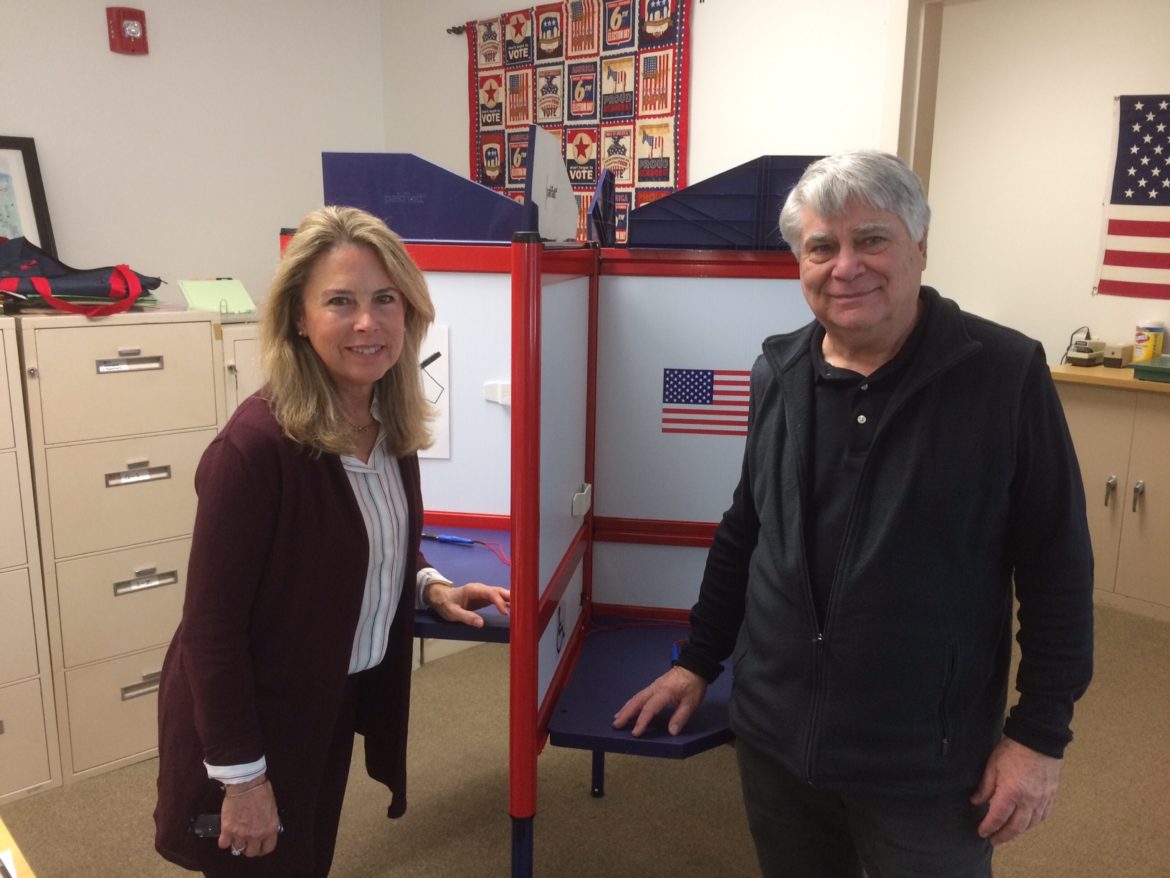 Darien Democratic Registrar Susan Gray, Republican Registrar John Visi, and behind them, one of the new voting stations.

Voters will find something different when they go to vote on Tuesday: Darien has bought 18 new voting stations for its six polling locations, at a cost of $839 a piece.

Voting starts at 6 a.m. across Connecticut and polling places won’t accept more voters past 8 p.m. If you’re not yet registered to vote, you can go to Town Hall (bring identification). If you’re not sure where to vote, look at the links below.

The new polling stations look different but should do the job better, said Republican Registrar John Visi. For one thing, the “desk” part can be set low enough that a person in a wheelchair could roll up to them and use them (see the picture — Visi’s hand is on a lower “desk” part, Registrar Susan Gray’s hand is on a higher one). “And these are a lot sturdier,” he added, referring to the new stations. 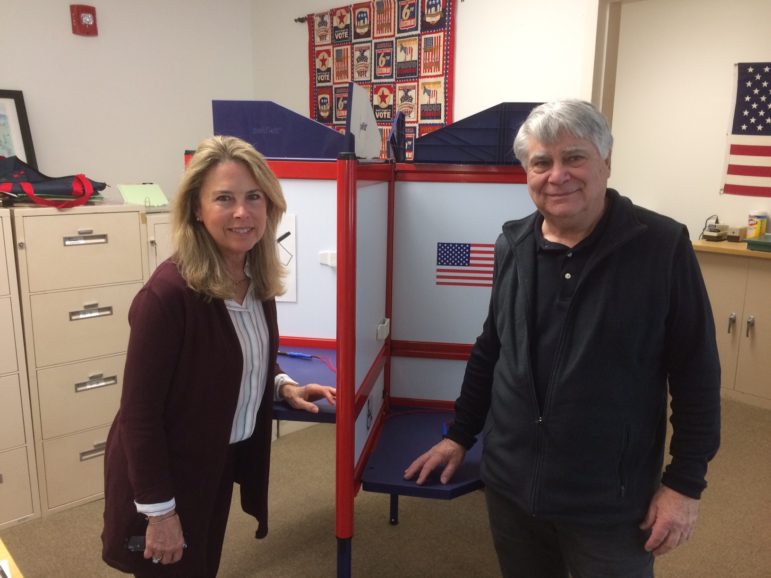 Darien Democratic Registrar Susan Gray, Republican Registrar John Visi, and behind them, one of the new voting stations.

The stations are round, with space for four voters at a time. There are even flaps that can be put up to reassure voters who are concerned about their privacy that that tall people won’t be looking over the walls to see how others voted.

Visi says the new voting stations fold up and are easier to store because they don’t take up much space when stored, and they can be folded up and wheeled away. They’re sturdy enough and built well enough that they should last for a long time, he added.

Because the new stations take up less space at the polling place, Visi said, voting should be easier at 35 Leroy Ave., where it’s been difficult to arrange the old voting stations in the Board of Education Meeting Room.

Ballots — Remember to Fill Out Both Pages

Also, the ballots this year will be vertical (long sides, short top and bottom) rather than horizontal, and there will be two sheets instead of one. Voters will turn over the first sheet to continue voting, and then they have to remember to vote on the second sheet, where Representative Town Meeting candidates for their district are listed.

More absentee ballots have gone out this year than usual — about 800 — Town Clerk Donna Rajczewski told the Board of Selectmen at the quarterly town department heads meeting on Oct. 29.

Links to understand where you vote, from the Registrars of Voters Web page: