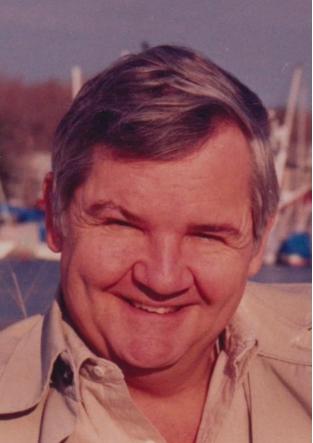 While attending law school he served as editor-in-chief of the Law Review and led his team to the National Moot Court Competition.

He is a retired senior partner of Cadwalader, Wickersham & Taft. He served as general counsel for the President’s National Commission for the Review of Antitrust Laws and Procedures, 1978-79.

He taught and mentored law students at Hofstra University and Adelphi University Business Graduate School and was a visiting lecturer at University of San Francisco. He served on numerous bar association committees, including pro bono activities.

Prior to retiring, he raised his family in Darien, where he served as Little League Commissioner and was a member of Country Club of Darien.

After retiring to Williamsburg, Va., he acted as chair of Deacons for Williamsburg Presbyterian Church, president of the Governor’s Land Foundation Board and was a long-time member of the Two Rivers Country Club.

Wendell will be remembered by family, colleagues, and friends as a quiet gentleman with a keen mind who enjoyed the study of history. He treated all with kindness, graciousness and consideration. He maintained the element of humility and a sense of wit throughout his life.

He is survived by his wife, Sarah of Williamsburg, Va. and three children: Katherine and John Beverly of Chesterfield, Va.; Nancy and James Whitmire Suber of Beaufort, S.C.; and Wendell and Alicia Clark Alcorn of Catonsville, Md.

Wendell is the proud grandfather of Brody and Britney Beverly, Sarah, Lydia and Whit Suber, Wendell and Graeme Alcorn. He is preceded in death by his brothers: Samuel Jerald Alcorn and James Milton Alcorn.

A funeral service will be held at 11 a.m., Friday, Oct. 19, 2018 at Williamsburg Presbyterian Church. A reception immediately follows at Two Rivers Country Club where all are welcomed. Internment is private.

Condolences may be shared at the funeral home website.