Our love affair with the automobile depends on one thing: free parking. After driving on our “free” highways, we have to park someplace, and we all hate to pay for what’s really a privilege. It’s as if there’s some constitutional right to free parking.

But free parking is actually expensive and paid for in more than just dollars.

The industry standards setting group known as the Institute of Transportation Engineers (ITE) has defined 266 different types of businesses and has determined the amount of nearby parking they require. So when your local Planning & Zoning Commission is looking at proposals for, say, a new restaurant, they consult the ITE manuals on what parking would be needed.

Mind you, a fast food joint like a McDonalds will require less parking than, say, a fancy steakhouse, given the number of patrons and how long they stay there dining. But when it comes to the rules of parking, we’re talking about more than restaurants.

Consider convents. For whatever reason the ITE’s “bible” says religious convents must have one parking space for every ten nuns or monks in residence. Hello? They’re in a religious retreat! They’re not going anywhere! Wouldn’t it be smarter for the convent to be able to use its land for better purposes than an empty parking lot, like growing its own food?

Or how about hotels? Their parking regulations are based on the assumption that they are sold out, something that certainly doesn’t happen very much. Wouldn’t it be easier for the hotel to make special arrangements on those sold-out nights than have acres of asphalt baking in the sun most of the year?

Drive up the Boston Post Road and see the bitter fruits of this short-sighted planning. Thanks to zoning regulations a lot of big-box stores devote 60% of their land to parking and 40% to the stores themselves. Just think of what that means to how they price things. Is it any wonder that Amazon can compete on price?

A while back I drove through New Britain, where I once lived. I hardly recognized the downtown with its empty stores and sidewalks next to a 10-story parking structure. They “built it” (the parking), but nobody came. The downtown looks empty.

If you look at the communities with the liveliest downtowns, you’ll see people, not cars. People attract people as they go into shops, walk along and window-shop. It’s pedestrians we want, not parking lots.

UCLA’s Donald Stroup wrote a great book, “The High Cost of Free Parking,” and made his point with a tale of two cities:

In LA after a concert, the music-lovers scurry to their steel cocoons and drive away. But after a show in San Francisco, (at least pre-COVID-19 patrons would leave the concert and stroll the streets, spending tens of thousands of dollars in nearby bars, restaurants and stores. Guess which city’s economy has benefited most from its investment in the arts.

The buzzword these days in development circles is TOD, Transit Oriented Development. By putting stores, mixed use office buildings, housing and amenities near train and bus stops, people will use mass transit to get there instead of their cars. That doesn’t mean we don’t need parking at train stations. But even a parking structure can have stores at street level and maybe affordable housing too. 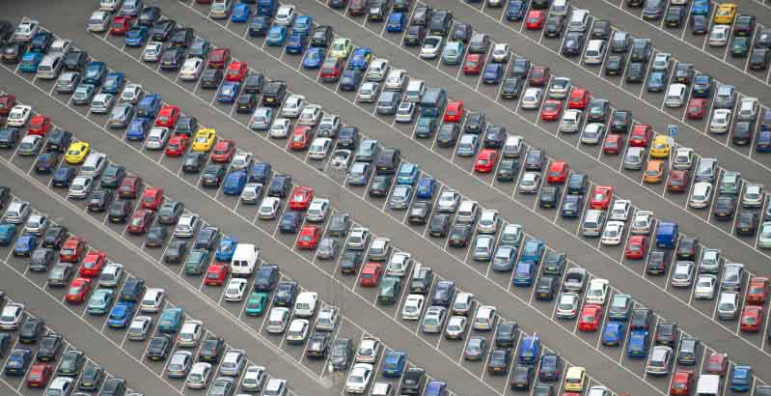