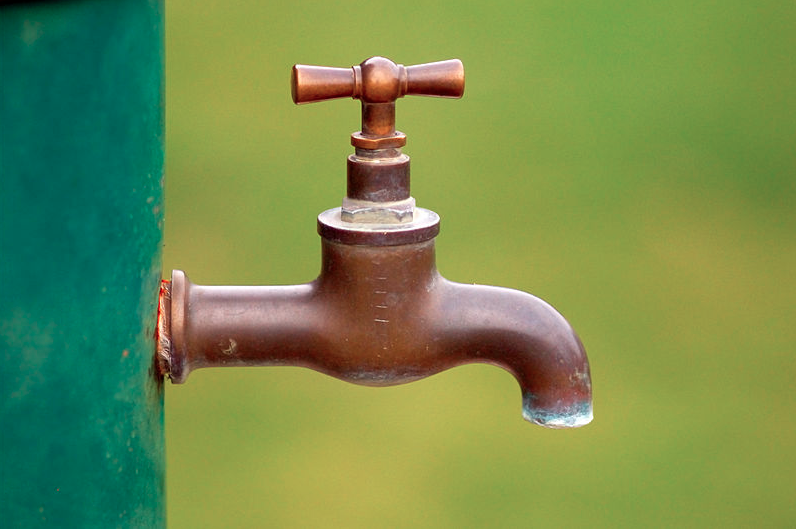 Photo by Anita Martinz from Klagenfurt, Austria (on Wikimedia Commons)

A six-inch water main has disrupted service in the neighborhood of Darien YMCA, the organization says, and it has announced that overnight repairs will require the Y to close down at 9:30 p.m. Wednesday.

Aquarion Water Co. says the water main is in the vicinity of Seagate Road, which is just to the east of the YMCA. In a 2:07 p.m. announcement, the utility said about 20 customers were affected and repairs were expected to be complete by 5 to 7 p.m. 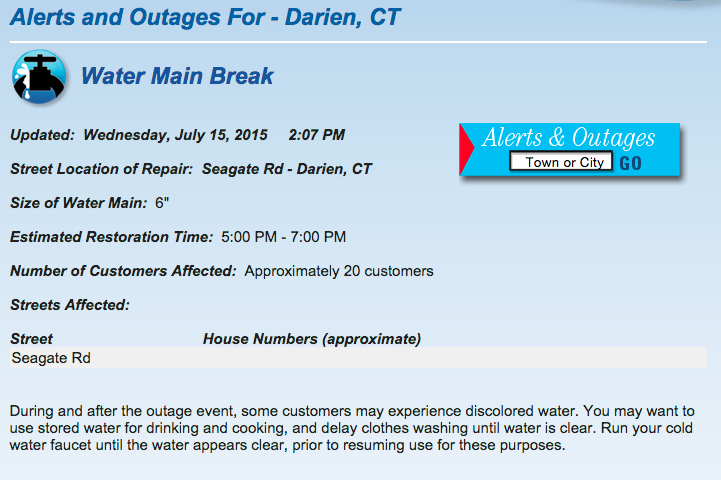 Announcement by Aquarion Water Co. about the sewer line break.

But the more recent YMCA announcement on Facebook, shortly after 5 p.m., has a much later timeframe. Here’s what the YMCA said:

Due to a water main break in the neighborhood, the water will need to be shut off at 9:30 PM this evening. The repairs should take all night, and we intend to open in the morning, fully operational. We apologize for the inconvenience.

Photo of a water faucet by Anita Martinz from Klagenfurt, Austria (on Wikimedia Commons)

Photo by Anita Martinz from Klagenfurt, Austria (on Wikimedia Commons)