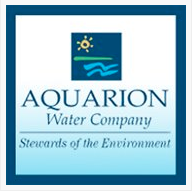 The water main appears to have been fixed. Aquarion no longer has the notice about it on its website.

The water main has not yet been fixed, according to Aquarion Water Co., which at 1:18 p.m. updated its original announcement without changing it.

About 25 water customers on Noroton Avenue, Bouton Lane and Pine Street were affected by the pipe rupture. Water pipes are more frequent in either severely cold weather or when the weather goes from below freezing to warmer temperatures, according to Aquarion.

In an announcement Thursday morning on Aquarion’s website, the utility says:

“During and after the outage event, some customers may experience discolored water. You may want to use stored water for drinking and cooking, and delay clothes washing until water is clear. Run your cold water faucet until the water appears clear, prior to resuming use for these purposes.” 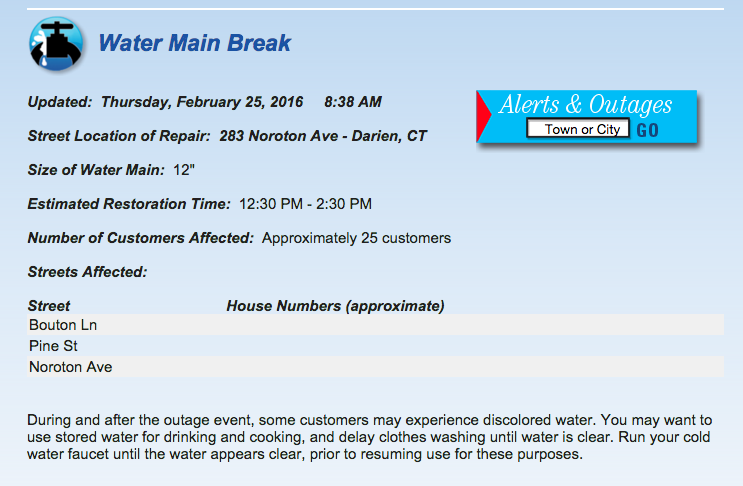