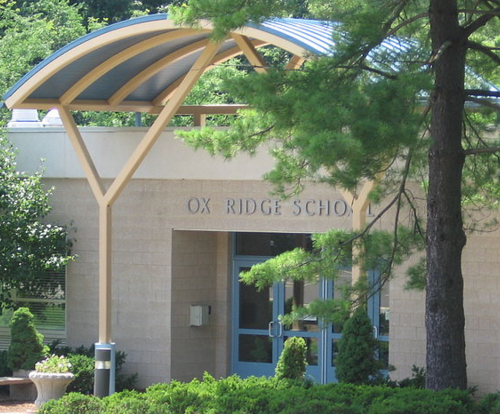 Ox Ridge elementary school students, who are going back to school Tuesday morning, didn’t even get a whole extra day off from Mondays water main break on Mansfield Avenue — they’ll have to make it up with a half day on March 28, the school district announced.

We are pleased to report that the water main has been fixed on Mansfield Avenue and that school will resume at Ox Ridge tomorrow on a regular schedule.

Connecticut school law requires that students attend classes for 180 days.  As a result of Ox Ridge students missing today, they are at 179 class days requiring them to make up one day of instruction.

March 28 which was originally a professional development day for teachers will now be a half day of instruction for the students at Ox Ridge.

Students will be picked up at their normal times and be released at 11:45 a.m. on March 28.   This will allow the district to satisfy the 180 day requirement.  All faculty and staff will report for a full work day.

A water main break on Mansfield Avenue near its intersection with Half Mile Road has been fixed, although customers may find water discolored at first, and Ox Ridge School is expected to be ready to reopen on Tuesday, a spokesman for Aquarion Water Co. said.

A water company crew remained on the scene at 11:20 a.m., as the 12-inch pipe is refilled, Aquarion spokesman Peter Fazekas said in an interview.

“The repair is complete, and we’re filling the main,” Fazekas said. A clamp like a sleeve was put around the pipe where it broke in order to seal it, he said.

The crew will remain on-site, and if there’s too much discoloration in the water, it can open a fire hydrant and drain out any discolored water, Fazekas said.

Althugh Fazekas didn’t have confirmation of the exact cause of the water main break, he said they typically happen when temperatures suddenly get colder or warmer as the ground around the pipes shifts due to freezing or melting ice. Springtime is another period when more water mains tend to break, he said. Temperatures in Darien and the area recently became much colder.

Customers are advised to let their cold water run if they see any discoloration, he said.

A water main break on Mansfield Avenue announced early this morning has affected a number of streets in the area and closed Ox Ridge School for today, Aquarion Water Co. and Darien Public Schools have announced.

The Darien Public Schools announced on its website: “Due to a water main break, Ox Ridge Elementary School is closed for Monday, Jan. 4, 2016. All other schools are open today at regular times.”

Aquarion Water Co. posted this announcement on its website:

During and after the outage event, some customers may experience discolored water. You may want to use stored water for drinking and cooking, and delay clothes washing until water is clear. Run your cold water faucet until the water appears clear, prior to resuming use for these purposes.