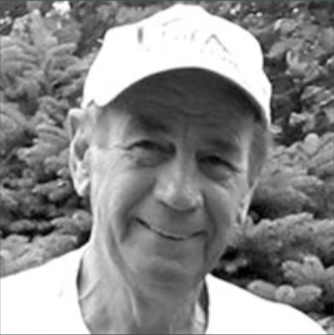 Walter Wright, 89, passed away on May 4. A memorial service will be held at a later date.

Walter J. Wright, known to his family and friends as Bud, passed away at his home in Tequesta, Forida on May 4, 2020 with his loving wife Joyce by his side. He was 89 years old.

Walter Wright, 89, passed away on May 4. A memorial service will be held at a later date.

Formerly of West Tisbury, Massachusetts and Martha’s Vineyard, Darien, New Canaan, and Port Washington, New York, Bud grew up in the Throgs Neck section of the Bronx, which gave him a lifelong love of being on the water.

He was a graduate of The Bronx High School of Science. His various careers included theatrical lighting on “Your Show of Shows,” real estate, restaurateur, commodities broker and franchise creator. He instilled his entrepreneurial spirit in all of his children.

He produced four boys with his former wife, Doris, in Port Washington, Long Island. He met Joyce and they married in 1972 and moved to New Canaan, where they brought together two sets of kids.

As a gardener, woodworker, boat builder, lover of all animals especially dogs, seaman, traveler, Bud’s huge enthusiasm and pursuit of all interests kept him active his whole life. He involved his children in all of his many activities which made for fun and adventurous childhoods that each carries with them to this day.

As an avid sailor, he is a past member of the New York Yacht Club, Noroton Yacht Club and Manhasset Bay Yacht Club. His love of the water brought him to The Five Mile River in Darien, where he could go out on his beloved boat “Rejoice” on a daily basis.

In retirement, he and Joyce settled on Martha’s Vineyard which put them in the perfect place to enjoy their love of the water and agriculture and make wonderful memories for their kids and grandchildren for 25 years.

A memorial service will be set at a future date.

— an obituary from the Palm Beach Post, where online condolences may be left