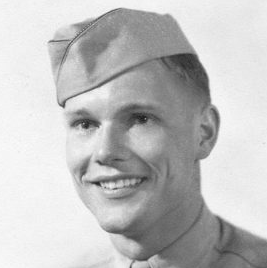 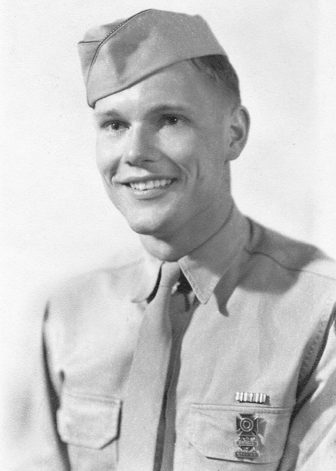 Walter Good, 93, passed away on Oct. 30. Funeral services will be private.

He was born Sept. 9,1924 in Oak Park, Ill. to Elsie and Walter Raymond Good, joining his older sister May Belle Good.

He was attached to the Canadian Royal Air Force in Clinton, Ontario for six months, and then at Fort Dix.

In World War II Walter was stationed in Bremerhaven, Germany as the final controller with the GCA radar unit and in July 1945 was on stand-by to handle flight emergencies in Berlin for the Potsdam conference.

After the war Walter became the first in his family to attend college, thanks to the G.I. Bill. He earned an undergraduate degree and MBA from the University of Chicago.

While there, he met his future wife, Jean Stockman of Fargo, N.D. She was a graduate student at the university’s School of Social Work, and they married in 1949. The couple celebrated their 68th anniversary together in February 2017.

Walter started working in Cincinnati at Procter & Gamble, and then began a distinguished career in investment management by serving as a securities analyst with Brown Brothers Harriman in New York City.

He earned his CFA, and later served as president of the Mellon Universe Management Group and Chairman of the pension investment committee of the Continental Group, Inc. Walter wrote numerous articles for the Financial Analysts Journal, where he served as an associate editor, as well as for other financial publications.

An early advocate of index funds, Walter co-authored three books on finance including Index Your Way to Investment Success (Walter R. Good and Roy W. Hermansen, 1999), which was hailed as “a landmark book” in the foreword by John C. Bogle, former chairman of the board of the Vanguard Group of investment companies.

Intensely curious, Walter especially loved travel, languages, and cultures. His lifelong study of French and German language began during the war and, in later years, he developed new passions for cooking and gardening.

In addition, Walter was devoted to family life and was known for his quick-witted humor, stories and penchant for jokes. Walter lived a long and productive life, filled with love, cultural appreciation, and humor, and he will be sorely missed by family and friends alike.