The Wall Street Theater’s Teen Musical Theater program, kicking off on February 19 for area teens ages 12-18, runs six weeks.  The program will teach all aspects of putting on a theatrical production, leading up to three performances of the musical, FAME the Musical. 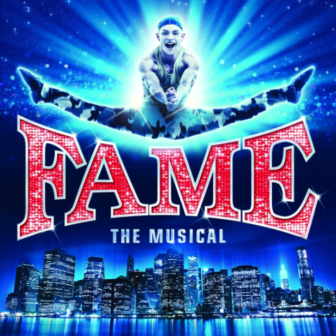 The Wall Street Theater, which recently opened its doors after undergoing an extensive renovation, is launching its Teen Musical Theater program, providing area teens with a theatrical background in the arts to learn the components of mounting a high-energy, musical production.

Led by working professionals in the industry, participants will receive instruction from pre-production through stage performance of FAME the Musical.

“We are excited to welcome area teens – ages 12-18 – to learn from professionals who are currently working in the theater,” said Billy Blanks, Jr., Artistic Director, Wall Street Theater.

“Our students will experience real training in acting, dance, voice and backstage and front of house technical aspects. They will all participate in the audition process and move into each stage of production with our skilled team of instructors, ultimately leading up to three days of performances of this fun musical!”

The six-week program will begin on February 19 and run through March 30, with workshops taking place Mondays, Wednesdays and Fridays from 4 to 8 p.m., and Saturdays from 10 a.m. to 2 p.m. Final rehearsals will take place the week of April 1, with the final three performances the weekend of April 6.

Participation fees are $500 per teen, plus a $75.00 non-refundable registration fee. Payment plans are available, as are partial and full scholarships.

For questions or to register, call 203.283.5290 or email Suzanne@wallstreettheater.com.

About the Wall Street Theater

The 700-seat theater, located at 71 Wall Street in the downtown section of Norwalk, Connecticut, underwent a $10 million-dollar restoration to this historic landmark originally built in 1915.

During its tenure as The Globe in the 90s, the stage featured many up-and-coming performers on tour such as The Beastie Boys, Lil’ Kim, Psychedelic Furs, Mighty Might Bosstones, Poison, and the Allman Brothers, until it shuttered in the late 90s. 71 Wall Street remained dark until it reopened as The Wall Street Theater in the summer of 2017.