Someone entered an unlocked, black 2012 Audi A6 parked in the driveway of a home at 11 Shadbush Lane sometime overnight Sunday to Monday, Aug. 13 to 14, the owner told police. 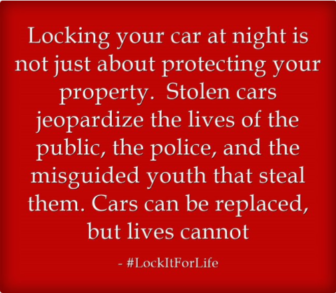 Nothing appeared to be missing, the owner told Darien police when he reported the incident at 5 p.m., Monday. He said that when he went to the car in the morning to go to work, he found the glove compartment and center console were open and papers were out of place.

Two other vehicles were in the driveway, locked and undisturbed. Police asked neighbors if they saw or heard anything suspicious, but nobody had.