Here are two videos recently promoted by the Darien Athletic Foundation as part of its campaign to raise $750,000 to get permanent lights installed this spring for Darien High School sports games.

One, posted Jan. 21, is a 2 minute, 22 second-long video by Chris Bilby, an intern with the foundation. It’s titled “Blue Wave Superfans 2017” and opens with scenes of Weed Beach from the air and goes on to remind the viewer how much joy and energy Darien sports fans have at games:

An earlier video, posted on YouTube on Jan. 19, is longer (7 minutes, 19 seconds) and features both scenes of night practices and day games, with coaches and athletes briefly talking about how important it is to them to have night games:

The video has already been shown at at least one fundraising event. You can find out more about the Darien Lights Brigade campaign to raise money for the lights on its website and on Facebook.

There’s also an all-day fundraising event coming on Thursday, Feb. 2, at the Morley store, where 15 percent of purchases will go toward the campaign, with a party from 6 to 8 p.m.: 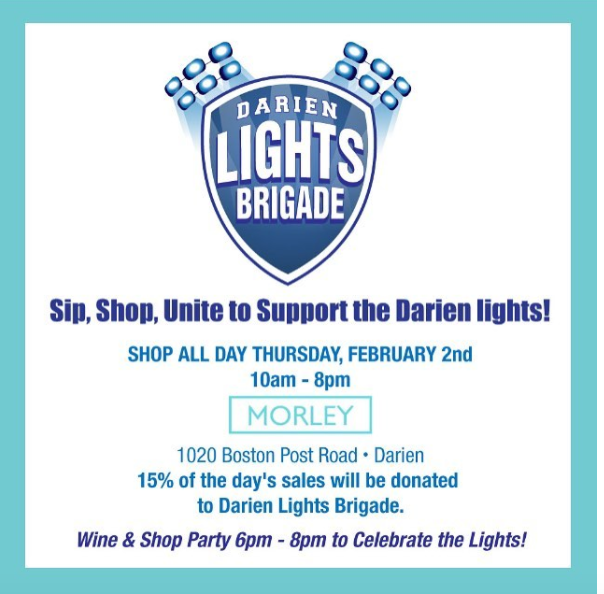