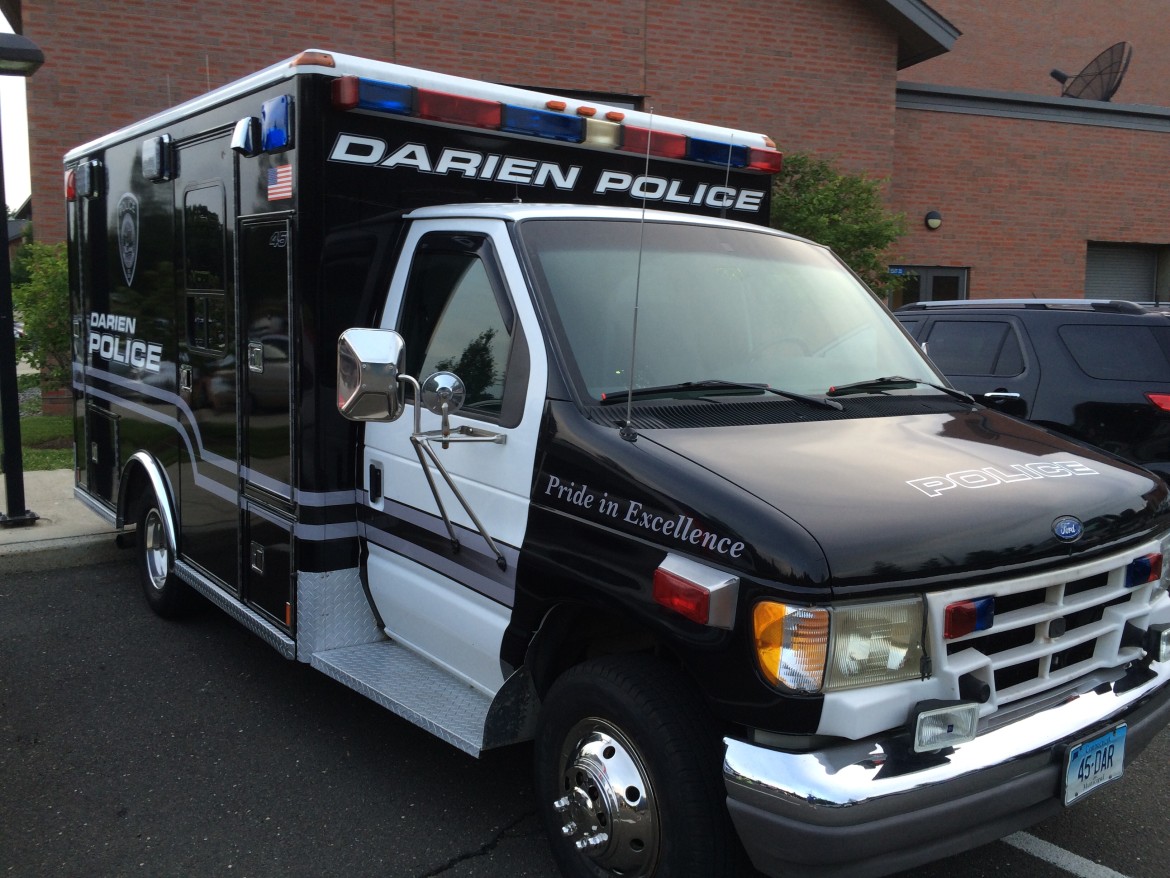 Two pickup trucks and a van parked in the back of Bertucci’s restaurant were entered one night last week, with tools taken from at least one of them.

Just before 12:30 a.m. on Tuesday, Oct. 25, a police officer on patrol checked the parking area in the back of the restaurant at 54 Post Road and saw a rear passenger-side door open and a window smashed on one vehicle. Further checks showed that at least three vehicles had been entered.

In the first vehicle the officer saw, — a gold 2004 F250 pickup truck — a glove box was open and its contents had been thrown around inside. The officer met with the vehicle’s owner the next day and was told a bag of hand tools was missing, along with a red and gray Porter brand cable tool bag. The victim valued the stolen items at $179.

The vehicles were parked behind the restaurant by the nearby Darien Car Clinic, which had an agreement with the business to use that part of the lot.

A box was found open directly under the flatbed on the outside of a second vehicle, a white 2001 International brand tow truck. Numerous ratchet straps were hanging outside the box, as if someone had rifled through the compartment. Numerous attempts by police to find out from Darien Car Clinic whether anything was missing resulted in no definitive answer.

The third vehicle, a white Ford E150 van, was found with a passenger-side sliding door completely open. Police were unable to find out if anything had been taken from it. Inside was ductwork material and ductwork-related equipment that appeared to have been rifled through.