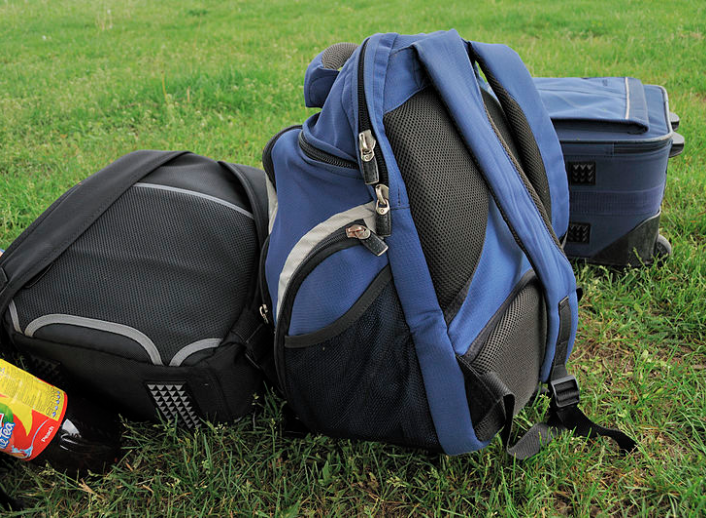 Jeff Kreisler, editor-in-chief of PeopleScience and co-author of Dollars and Sense, offers five tips on how to avoid overspending on back-to-school items this fall.

—This article, from an email sent by a publicist for Jeff Kreisler, seemed to us to have some sensible advice worth repeating, even for people who don’t have school-age kids. These tips probably won’t save you a lot — but they’ll probably save you a bit.

Jeff outlines our unconscious decision-making biases and how they can lead us to make poor choices, whether through intentional “traps” set by retail stores or by our own volition. It’s not just typical sales promotions, but emotional irrationality.

While you’re saving money with these tips and have school supplies in front of you at the store, think about helping out other town residents who have a harder time paying for back-to-school stuff (this campaign runs through Aug. 30):

Remember, spending temptation is everywhere and it’s hard to resist. Here are five more basic tips to help you through the pitfalls of back to school spending debauchery:

You’re not “saving” any money, you’re spending it

Advertisers — and our own subconscious — want us think about all we’re “saving” instead of all we’re “spending.” Don’t. You never see that savings – it’s imaginary money – but the spending, and all the other things you can’t use that spent money for, is very real.

If a clerk at an office store told you that the $20 printer paper was available next door for $5, most of us would run next door. That’s a 75% savings!!!  But would you do the same if that clerk said the $1000 computer was available for $985? Most of us wouldn’t: that’s only a 1.5% savings.  IT’S THE SAME QUESTION: Would you go next door for fifteen dollars.  But because of percentages, we view it differently.

Don’t be fooled by the appearance of effort

If something is labeled “artisanal” or “hand-crafted” or “made with love” it’s usually a signal that the manufacturer wants you to believe that extra effort went into making it. This triggers our biases to reward effort to think that “hard” things are more valuable than easy ones.

When we use credit cards or e-payments or shop online, we pay much less attention to the amount we’re paying and make quicker, less-thoughtful purchases.  These methods are unavoidable, but keep in mind, paying cash will always save you money, but it’s not realistic. Try to be mindful and treat your payment as if it were cash by thinking about the amount.

If you have kids who have peers, you probably don’t expect to win every battle. But if everything else is the same, then a name brand product only adds a name brand and our expectations think that it’s more valuable. There will be pencils, erasers and notepads available for purchase in October and February. In fact, since they won’t be in as high demand, they’ll probably be cheaper. Don’t buy it all now.

Remember: Your kids won’t “win” school by trying to have the most stuff. They’ll succeed if you love and support them.

We can’t change our nature to make quick purchasing decisions based upon these value cues, but we can be aware of them so that we’re less susceptible to their power.