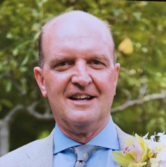 Thomas Clark Moseley Jr., 58, of Weston, Mass. died suddenly on March 16, 2016 while traveling for business in Saudi Arabia. He was raised in Darien. 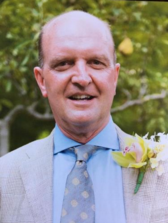 A memorial service for Thomas Moseley will be held Saturday, March 26.

He was founder and president of The Moseley Group, a strategy and design consultancy to the global multi unit restaurant industry. His contributions to the food service industry have been transformative and continue to fuel the way restaurants operate today.

In the early 80s, he was among the first to move some of the largest restaurant brands into non traditional channels such as airports, colleges & universities.  In the 90s, Moseley pioneered the kitchen technologies still relied on today by restaurants, as owners and licensors of impingement and rapid cook oven technologies.  These innovations helped elevate the quality of hot fresh food offerings in the industry.

Thomas was raised throughout his childhood in Darien and attended Darien schools until high school.  He graduated from the Westminster School in Simsbury where he was a captain of the hockey team and lettered in football and baseball.

He spent two years at Lake Forrest where he played varsity hockey and then transferred to Boston University where he became an award winning master craftsman of woodworking and furniture design and graduated with a degree in philosophy.  Mr. Moseley was also the owner of several patents throughout his career.

Thomas was an avid golfer and competed and played on golf courses around the world with his friends, family and children including Woods Hole Golf Club where he was a member for over twenty years.  He will be fondly remembered for his remarkable and adventuresome spirit in all he endeavored whether skippering boats on the high seas, traveling around the world for business and pleasure, or just spending time with the family and friends who loved him so.

In lieu of flowers, donations may be made in Tom’s memory to the Westminster School, 995 Hop Meadow Street, Simsbury, CT 06070.