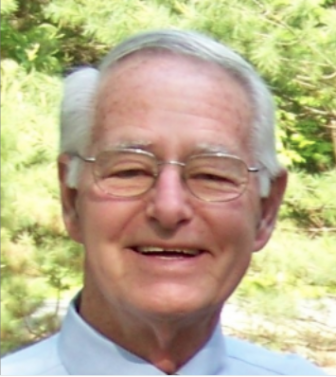 Thomas Dekker passed away on Nov. 27.

He was born to Mary and William Dekker on July 31, 1942 in Port Chester, New York. The family lived in Greenwich until 1950 and then moved to Noroton Bay in Darien.

In 1967, Tom married Barbara Duffy. Six months later, he was deployed to South Korea. He served in the Army for three years.

Following his discharge, he was employed by BBDO in Boston. Tom and Barbara lived in Scituate, Massachusetts, where their son, Michael, was born in 1971.

In 1976, the family moved to Thomaston Maine, and Tom worked as district manager for Guard Corp.

Tom and Barbara bought Captain Sawyers Bed and Breakfast in Boothbay Harbor in 1981 and owned it until they divorced.

In 1986, Tom started driving a school bus in Boothbay Harbor and loved “his kids.” He re-met Pam, a high school classmate, in 2001 at their 40th high school reunion.

In 2003 Pam moved from Connecticut to be with Tom. They cherished their combined family and friends! Sailing, traveling, spending March in Florida with dear friends, his comrade bus drivers and Boothbay Harbor were important to Tom. After 30-plus years, he retired from bus driving in 2017.

Countless people have remarked that Tom was their bus driver, recalling him dressed as Santa at Christmas, cheering them on at sporting events and always greeting them with a warm smile.

Tom had a lifelong love of the water and sailing. He also enjoyed a good game of cribbage. More than anything, Tom was proud of and loved his family.

He was a gentleman in every sense. Tom was kind, patient and gracious with a quick but never biting wit. Before his passing, he remarked on his life “So much love … so much humor.”

He will be missed by many particularly his family who loved him so dearly.

Tom was predeceased by his parents, brother and nephew. He is survived by his partner, Pam Monroe; his son and daughter-in-law, Michael and Kathleen Dekker; his grandchildren, Eleanor and George “Whit” Dekker; his sister, Diane; his uncle, Peter, and many loving cousins.

In lieu of flowers, donations may be made in Tom’s memory to the Alzheimer’s Association.

— an obituary from Hall Funeral Home, where online condolences may be left