The first of the two awards, the 19th Annual Halo Awards in Waterbury, is a prestigious award ceremony that recognizes Connecticut high schools theatrical achievements for both dramas and musicals.

At the annual ceremony and show, the organization presents awards for all aspects of theater including acting, singing, dancing and technical theater. 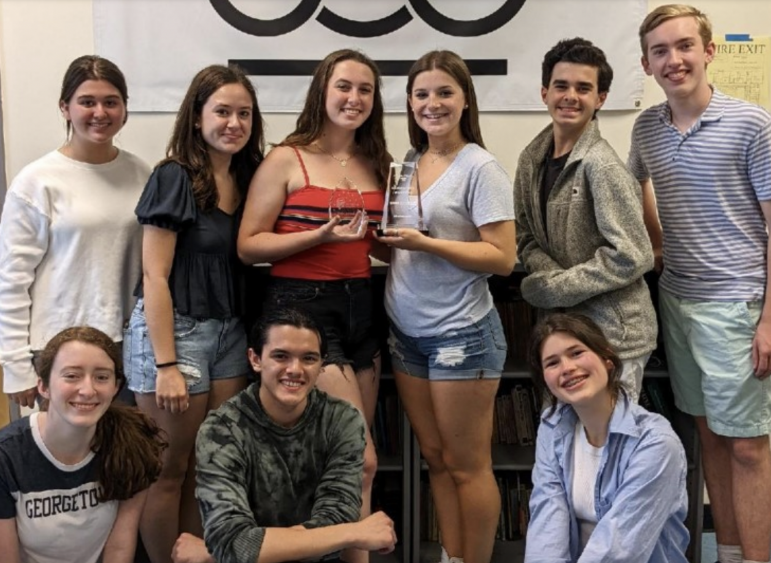 Over 80 high schools from across the state of Connecticut participated this year, and after a pandemic hiatus the show was once again live.

Theatre 308 received a combined total of 23 nominations for both the fall drama, Metamorphoses, and the spring musical, “The Addams Family.”

Additionally, the cast of 308’s “The Addams Family” participated in the Stephen Sondheim Awards. The Sondheim’s are a regional award program, spanning Connecticut and Rhode Island, that recognize excellence in musical theater.

The Sondheim Awards in New Haven s are presented by Broadway Method Academy in association with the Shubert Theater.

The Sondheims are the gateway to the prestigious National High School Theater Award show, known as the Jimmy Awards. The Jimmy Awards have catapulted the careers of Broadway names such as Andrew Barth Feldman and Reneé Rapp. 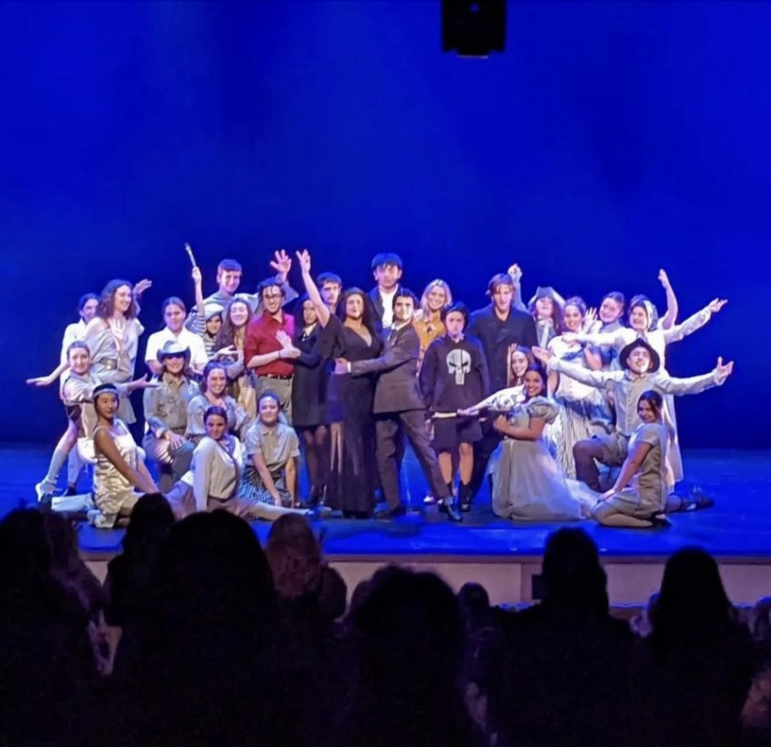 This year Theatre 308 was nominated for six Sondheim Awards and got the honor of receiving the first ever “Best Ensemble” award.

In addition to the nominations, the cast of The Addams Family was invited to perform at both award ceremonies. At the Halo Awards, the cast, featuring Morgan Lindell, Stella Meier and the featured dancers, performed “Secrets.” At the Sondheim Awards, the entire ensemble performed “When You’re An Addams,” receiving a standing ovation.

In addition, seniors Sam Bellingham, Nicky Condon, Stephen Cerussi, and Margaret Walter performed with other students from across the state in the opening and closing numbers. 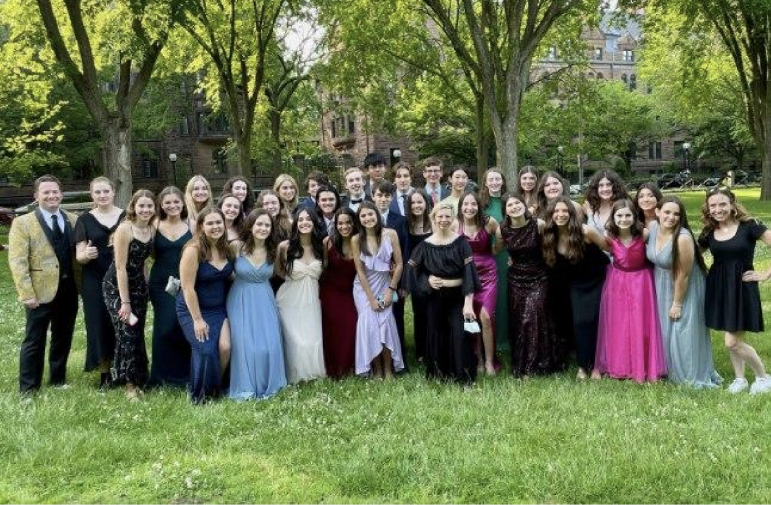 “I am so proud to work with this group each and every week,” said Tim Sorensen, this year’s musical director. “It has been a tremendously challenging time for all of the students in Darien.

“Between the difficulties brought on by the pandemic and the tragedies of the last two months, the students have faced many roadblocks as they have tried to navigate unprecedented times.

“With that said, I’ve had the honor of watching our students do what they do best and that is produce beautiful theater. The joy that our students created was simply spectacular.”