The Darien Monuments and Ceremonies Commission is happy to announce that the late Richard F. Costello, longtime resident of Darien, has been recognized as the next recipient of Darien’s Wartime Veteran Street Sign honor. 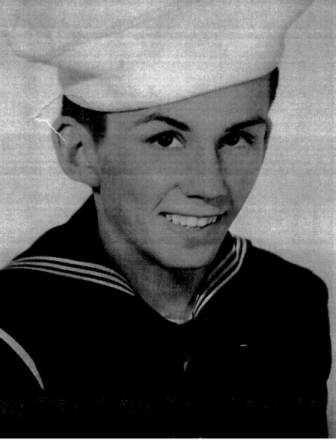 Richard Costello, who passed away in 1993, will be honored with a street sign.

Costello’s name will be added to an existing street sign in time for Veteran’s Day, 2019.

A ceremony and street sign unveiling will be held starting at 12 noon on Sunday Nov. 3 on Moore Street at its the intersection with West Avenue. The public is invited and encouraged to attend.

Richard Costello served as quartermaster second class in the U.S. Navy during World War II, from 1942-1946. He then returned to active duty during the Korean conflict.

While serving in the Asiatic-Pacific area, Costello won numerous awards and distinctions. He was honorably discharged for the second time in 1951.

An active Darien resident, Costello was involved in many organizations, including serving as a member of the Saint Thomas More Parish Council. He coached Little League teams in Darien during the early 1960s and was an officer of the Darien Babe Ruth league from the late 1960s through early 1970s.

The Costellos raised their three children — Judy, Dick and Jim — in Darien. Costello passed away in January 1993, but is survived by his wife, Gladys.

Interestingly, Gladys also served in the U.S. armed services. She joined the Army nurse corps after nurse training in 1945 and served as a lieutenant in the U.S. Army Nurse Corps. She was stationed at Santa Ana Army Hospital when World War II ended. Today Gladys resides at the Army Distaff Hall in Washington, D.C.

Service to country for the Costello family did not end there. Two of the couple’s children, Judy Costello Brinkerhoff (Darien High School Class of 1968) and her brother Dick Costello (DHS Class of 1969) also served in the U.S. Navy during the Vietnam Conflict and the Korean Conflict, both retiring as captains.

Correction: The first name of Richard Costello’s daughter, Judy, was incorrect in the initial announcement, as submitted to Darienite.com.