Thank you, Mike Wheeler, for your volunteer work for over a decade with DarienTV79, helping the organization greatly expand its coverage.

—This article is part of a series of daily articles profiling the volunteers recognized in May at the Darien annual volunteer recognition luncheon organized by the Community Fund of Darien.

Mike Wheeler has served on the Darien TV79 Advisory Board for over a decade, the last four years as its chairman.

He has been a tireless advocate for ever-expanded programming, bringing the station’s coverage of town meetings to Facebook and YouTube.

His extensive technical knowledge and calm demeanor have helped TV79 achieve its most extensive coverage since its founding in 2007.

Each of these volunteers was recognized this year and will be profiled in this series: 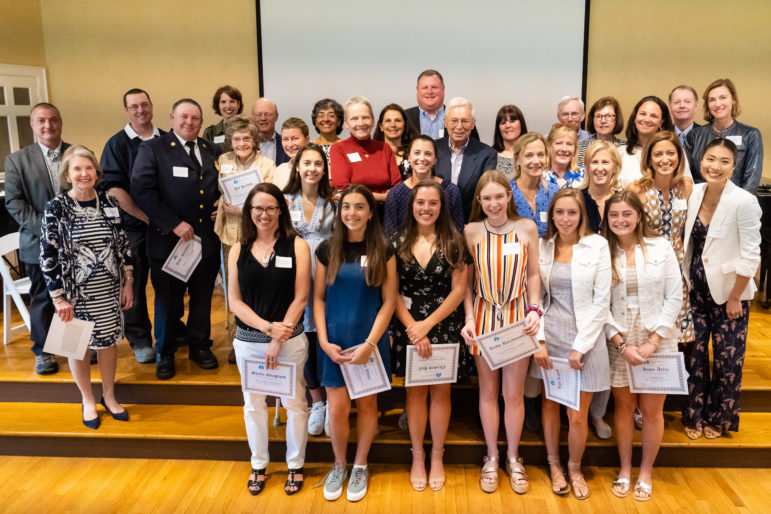 Volunteers honored at the Darien Recognition Luncheon last May.