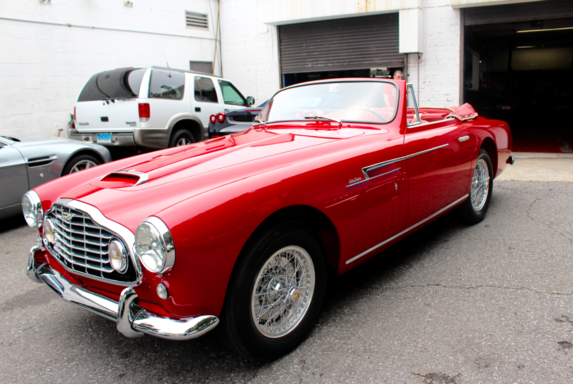 This weekend marks the 20th anniversary of the Greenwich Concours d’Elegance. The event, billed as a “Festival of Speed and Style,” will feature some very special cars from Carriage House Motor Cars, including a few of these beauties photographed on Friday.

Concurrent with the Concours d’Elegance (see bottom for more details) on Saturday, June 4, the folks at Carriage House are having their own small show from 10 to 5 p.m. in their parking lot at 25 Railroad Ave. in Greenwich.

The event is free and open to the public. Click here for more details.

— Text and all photographs by Leslie Yager. This article originally was published Friday in slightly different form by Greenwich Free Press.

Michael Schudroff, owner of Carriage House, said he started his business in Manhattan 46 years ago, and added the Greenwich location in 1986. “All of these cars are works of art,” Schudroff said as he gave a tour of the vintage gems on the lot. 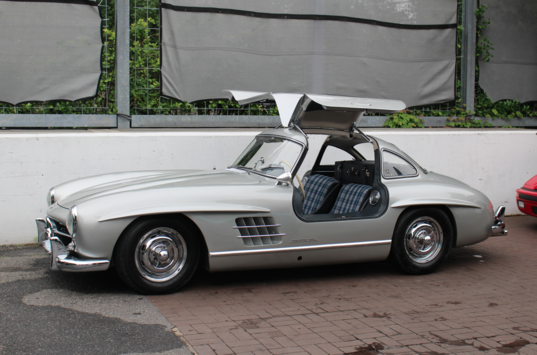 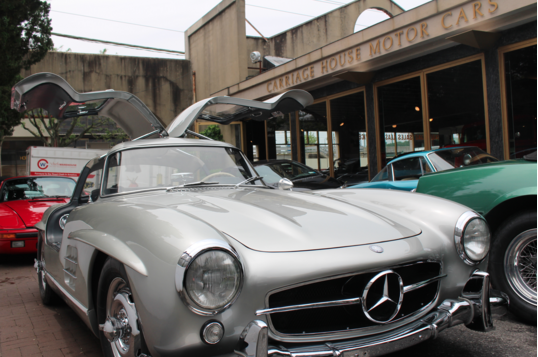 “Michael brings out all his personal cars that have been in storage,” said Bebe Schudroff.

First, red Astin Martin DB 2/4, is an English car with a body made in Italy for Charles Ward of Brown & Bigelow, a company that made millions of calendars.

Schudroff said the car was a Christmas gift presented to Mr. Ward by 50 of his sales managers in 1953.

Schudroff  said the red convertible is one of only two in the world and has many extra special features, including picnic boxes, in matching red, that fit neatly in a compartment in the back seat. Inside, Schudroff showed off a bread tin, thermos, plates and utensils.

This car will be at the Concours d’Elegance on Sunday: 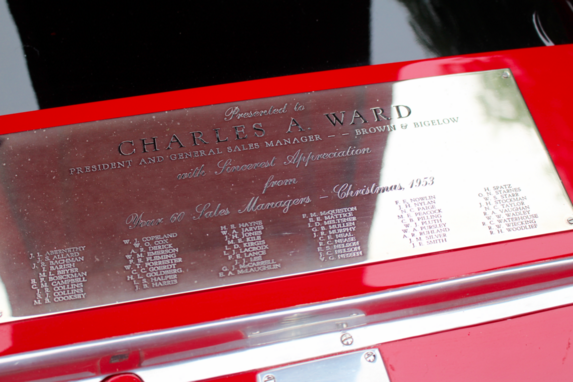 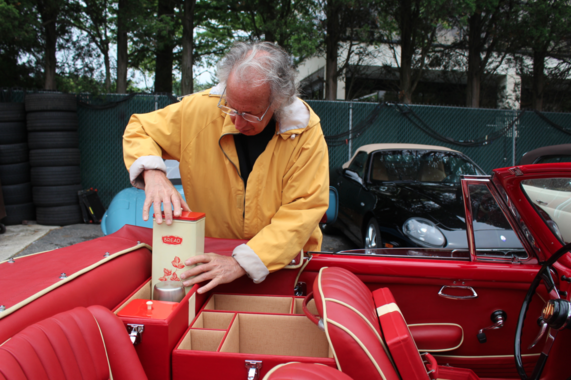 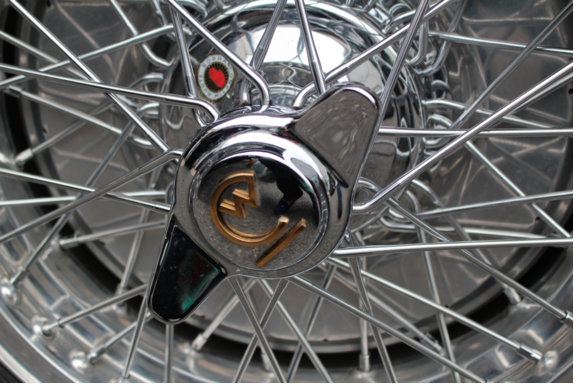 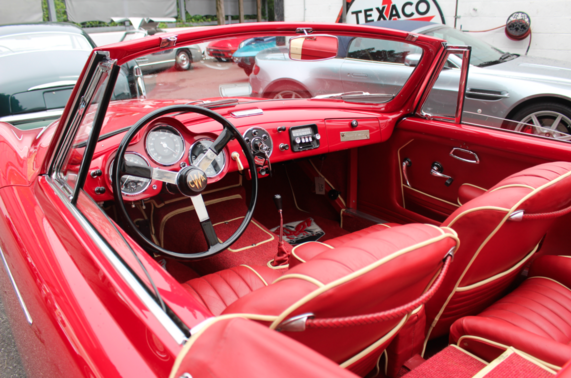 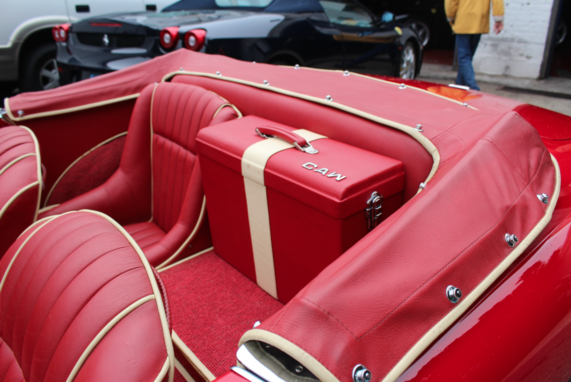 Another car at Carriage House Motor cars is this 1952 Chrysler SWB (short wheel base) Ghia Prototype Coupe. Look closely, you’ll see there are no door handles.

“If you put it outside, someone would think it’s a new car,” Mr. Schudroff said of the pristine car. Bebe Schudroff said the car has won numerous awards at various Concours d’Elegance events including the one in Greenwich.

This car will be at the Concours d’Elegance in Greenwich on Saturday and Sunday. 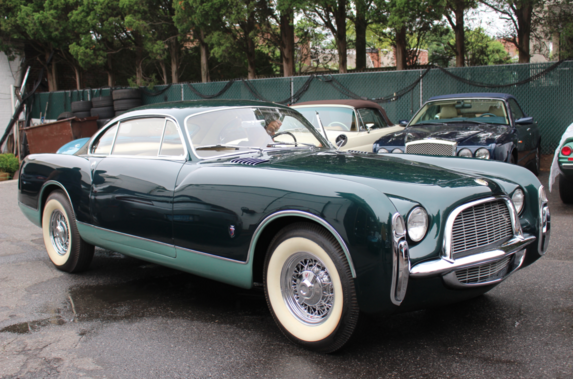 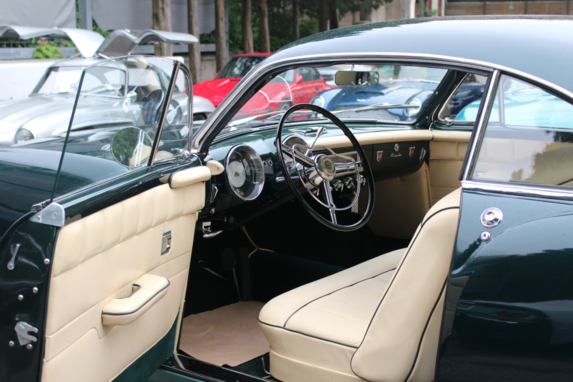 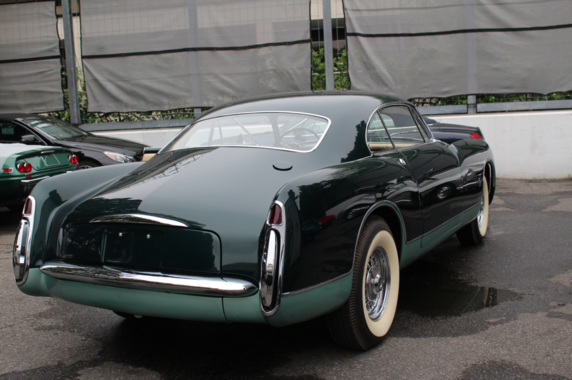 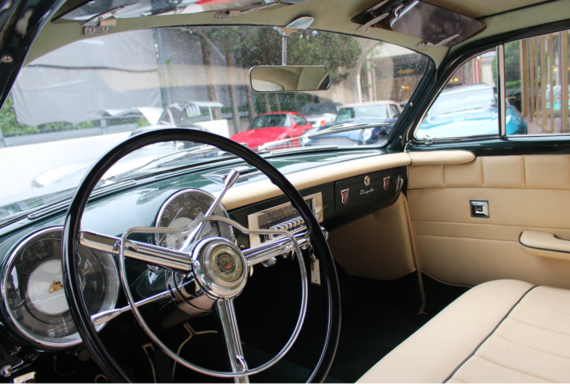 “This is one of the rarest Corvettes and the only steel Corvette in the world,” said Bebe, describing the car as a “one off.”

“It was in Pininfarina Museum in Italy for 45 years until we acquired in in 2008,” she said. 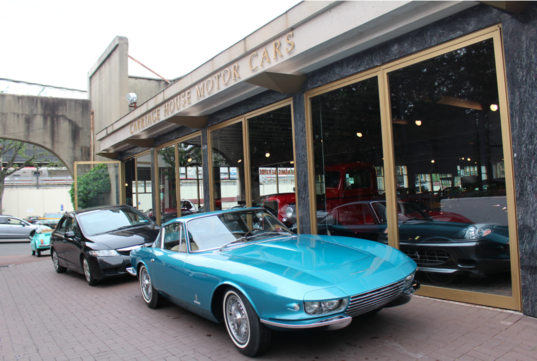 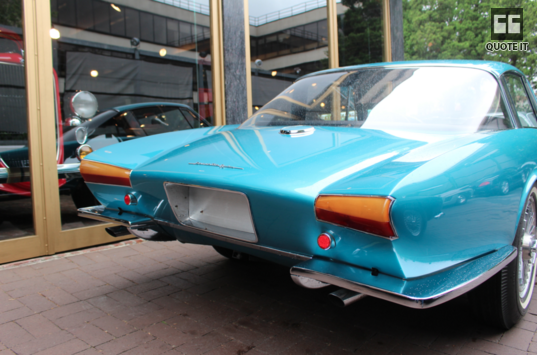 The Rondine, which translates to a Swallow bird in Italian, at Carriage House Motor Cars, June 3, 2016 Credit: Leslie Yager for Greenwich Free Press 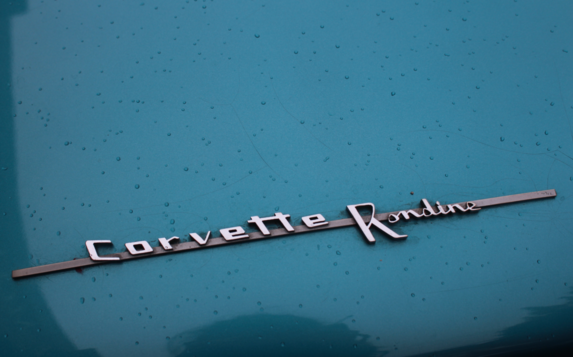 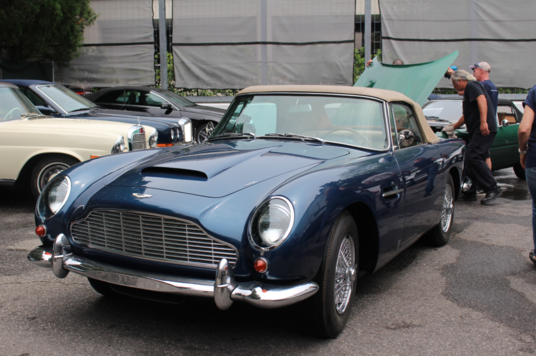 The 1965 Astin Martin DB 5 convertible is one of just 19 factory left-hand drive ever made. The DB stands for David Brown, who owned Astin Martin. 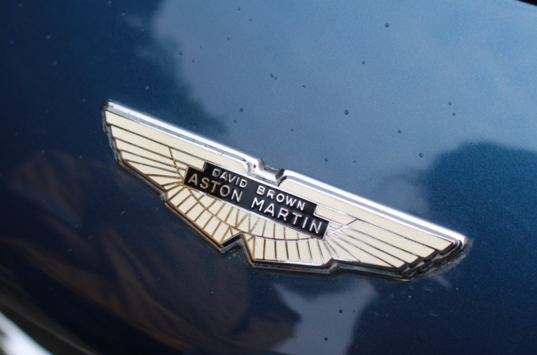 The event includes the Bonhams Collectors’ Motor Cars Auction. The beneficiary is AmeriCares. On Saturday the Concours Americana features American Classic & Collectible Cars 1900 to 1990s. Sunday features Concours International. Both days were will be vintage boats and motorcycles. The event is 10:00am until 5:00pm. There is an awards ceremony from 3:00-5:00pm. Ticckets $40 one day or $60 for both days. Children under 12 free with adult. Bonhams auction inquiries (212) 461-6515.