Shirley R. Sanders, 85, widow of Henry Marshall Sanders, of Exeter and formerly of Darien, passed away peacefully on Friday, June 26, 2020 at Riverwoods in Exeter, New Hampshire. 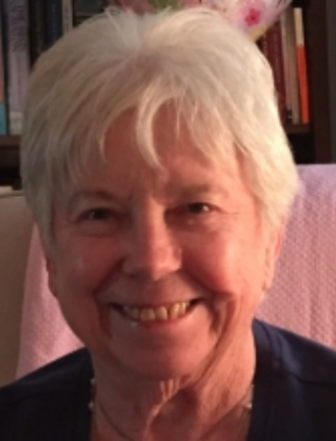 Shirley Sanders 85, a former Darien resident, passed away on June 26.

She was born on Sept. 7, 1934 at Fort Monroe, Virginia to Edward Galen and Doris Evelyn (Broadstreet) Reese.

She was a graduate of Hampton High School in Hampton, Virginia, Class of 1952, and went on to attended Mary Washington College.

Shirley was formerly an editorial assistant at the Massachusetts Institute of Technology (MIT) in Cambridge, Massachusetts.

She was an avid reader, loved the game of bridge and enjoyed playing the piano. She also loved all the wonderful years at her vacation home in West Townshend, Vermont.

Shirley volunteered in various capacities in organizations including the Bennet Cancer Center in Stamford and Family and Children Services. Shirley was also active in the Republican Party with her husband, Hank.

Besides her parents she was preceded in death by her husband of 49 years, Henry “Hank” Sanders and her beloved dog, Alex.

Survivors include her daughter, Sherry Sanders and her life partner, William Winters of Great Barrington, Massachusetts; her son, Russell Sanders and his wife, Teresa and their children, Henry, Sabra, Evelyn and Victoria all of Cazenovia, New York; her sister, Judith Joynes and Judith’s husband, Albert of Hampton, Virginia; as well as her brothers- and sisters-in-law and several nieces and nephews.

The family would like to express their gratitude to the staff at Riverwoods of Exeter for their kindness and care.

A private graveside service was planned at Mount Auburn Cemetery in Cambridge, Massachusetts.

In lieu of flowers, memorial contributions may be made to: Grace Cottage Hospital, 185 Grafton Rd, Townshend, VT 05353 and/or Riverwoods, 7 Riverwoods Drive, Exeter, NH 03833.

— an obituary from J. Verne Wood Funeral Home, where online condolences may be left