Scott Dansker, a resident of Darien and a high school student at Admiral Farragut Academy, passed away suddenly on Friday, April 23, in St. Petersburg, Florida. He was 16. 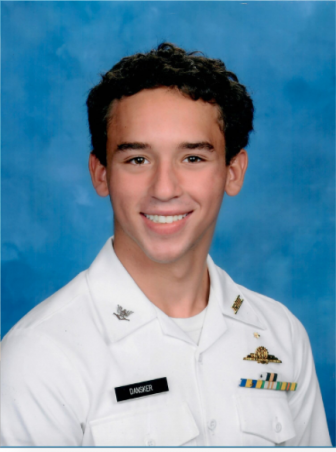 Scott Dansker, 16, passed away on April 23. A walk-through visitation and his funeral will be held Thursday. The funeral service Friday morning will be livestreamed.

Scott was a triplet born on July 29, 2004, to Brad and Serina Dansker. From the moment he was born, Scott’s inner joy, magnetic personality, and charm captivated everyone he met. He was a bright star who lit up every room he entered.

He had a passion for politics and debate and would challenge anyone to take him on. Scott was also an old soul who enjoyed the Golden Oldies ’80s music, and his great dance moves made him the life of the party.

A place where he felt he was his most true self was Camp Hazen. His love of science and nature in addition to the lifelong friendships he made there made Camp Hazen his second home. He was a Boy Scout, Venture Scout and the senior patrol leader of his troop in Florida. He will be widely missed by family and friends.

Scott is survived by his parents, Brad and Serina Dansker; his two siblings, Jake and Lexi Dansker; and his grandmother, Joan Cioffi.

Due to COVID there is a limit of 100 in person attendees. However, the service will be live streamed via STMDarienCT.org/ScottDansker.

The family requests those who wish to express sympathy make a donation to their local Boy Scout troop in Scott’s name.