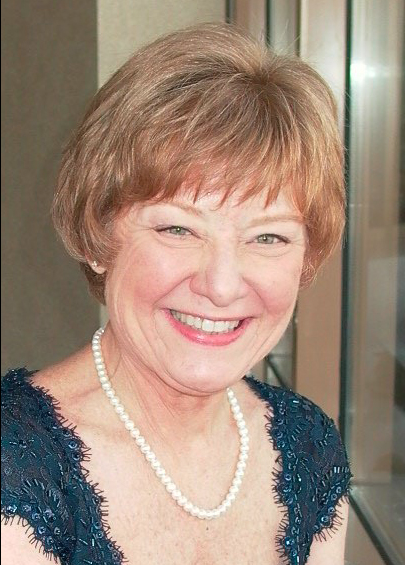 Sandra Schroeder Dustin Wood passed away on Jan. 7. She was 77. 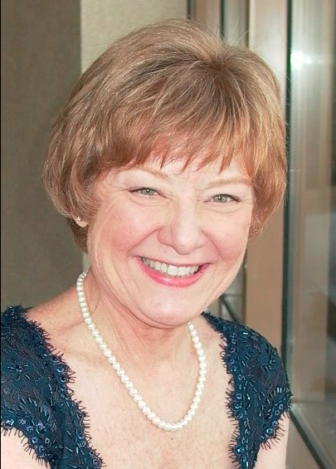 Sandy was born Sept. 20, 1941 to Frances and Vern Schroeder in Des Moines, Iowa. She graduated in 1959 from Roosevelt High School, where she was a member of the Sharks Synchronized Swimming Club.

In 1963 she earned a bachelor’s degree in education at the University of Iowa, where she was a member of Kappa Kappa Gamma. She married James H. Dustin and had two children, Jennifer Deets (Chris) of Edina, Minnesota, and Phillip Dustin of Des Moines. They were born in Darien, where the family resided for 12 years.

Returning to Des Moines, Sandy became a member of the Junior League and P.E.O. She was the owner’s assistant for Excel Office Supplies and retired after 27 years in 2007.

— an obituary from Dunn’s Funeral Home

In 2008, she married Roosevelt classmate Hansel T. Wood, Jr. (Hank). They resided in the Waterbury neighborhood where they grew up and in the house Sandy owned for 43 years.

Sandy is survived by her husband, son, daughter and her grandchildren Maddie, Noah and Milo Deets of Edina. Her brother, Phillip (Ramona) reside in Ballwin, MO.

A celebration of life was scheduled on Saturday, Jan. 12 at Plymouth United Church of Christ, 4126 Ingersoll Ave., Des Moines, the church which Sandy and her children attended. A private internment will occur at Resthaven in West Des Moines.