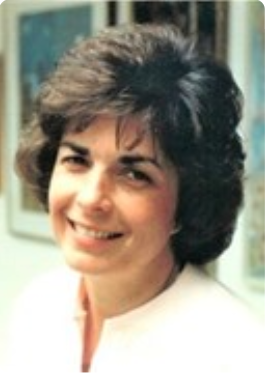 Sallye Hutman-Howard, 77, passed away on April 19. Her funeral is scheduled for June 30.

Sallye J. M. Hutman-Howard passed away on April 19, 2019 surrounded by her family in Longmont, Colorado.

Sallye Hutman-Howard, 77, passed away on April 19. Her funeral is scheduled for June 30.

Born Nov. 24, 1941 in Baltimore, Sallye Jane Mickle was the daughter of Abner Mickle and Kathleen Hinson. She grew up living in two worlds: on her parents’ dairy farm in Havre de Grace, Maryland, and with her aunt and uncle, Nancy and Robert Greene, in Miami, Florida and Darien.

Despite growing up in two very different worlds, Sallye maintained a loving and free spirit. Sallye was baptized and confirmed in the Episcopal Church.

Sallye’s first marriage was to Bailey Hutman in Baltimore, Maryland from 1960 to 1972. They have three daughters (Robyn, Trish and Jen). From 1972 to 1986, she lived in Baltimore where she raised her three girls.

Years later, she met Theodore Howard at a chance encounter in Washington, D.C. and they have been together ever since. Ted had also been married before and has two sons (Jeffrey and Kevin). On June 27, 1992, Sallye and Ted were married and have spent most of their life together living in Longmont.

Sallye’s children remember her as an extremely loving and supportive mother, who always provided a warm and welcoming home. Several of their childhood friends called her “Mom” because she was so caring and her home was a sanctuary when they needed one.

Sallye had a beautiful smile and a sweet giggle that tickled you. She loved no one more than her husband, her children, her grandchildren, her extended family and, of course, her dogs.

For over 30 years, she pursued interior design both as a freelance designer and as an owner/manager of interior design businesses in Maryland, California and Colorado. After retiring she continued to work in retail sales.

Sallye loved dancing and listening to all genres of music. Sallye enjoyed crafts, including quilting, beading, painting, and mosaics. Later in life, she also greatly enjoyed her weekly mahjong and card games with girlfriends. Sallye and Ted’s favorite summer vacations were spent at Squam Lake in New Hampshire, where the Howard clan held reunions.

Sallye was preceded in death by her parents and father-in-law (John Howard). She is survived by her husband and his siblings, her sister and brother-in-law (Nanette and Irv Greif) and their children, her five children, Ama and Poppy’s eleven grandchildren (Sebastian, Aliya, Zelda, Jaden, Eli, Ben, Caitlin, Keira, Sophia, Sylvia, Jacoby), her two dogs (Melo, Dylan), many nieces and nephews, and an extended family of Hutmans and Howards.

Please consider a donation to organizations that care for animals (e.g., Humane Societies of Boulder and Longmont) or Sallye’s church.

Her funeral service will be held at 2 p.m., Sunday, June 30 at St. John’s Episcopal Church, 1419 Pine St., Boulder, Colorado. A reception will follow the service.

To send an online message to the family please visit the funeral home website.