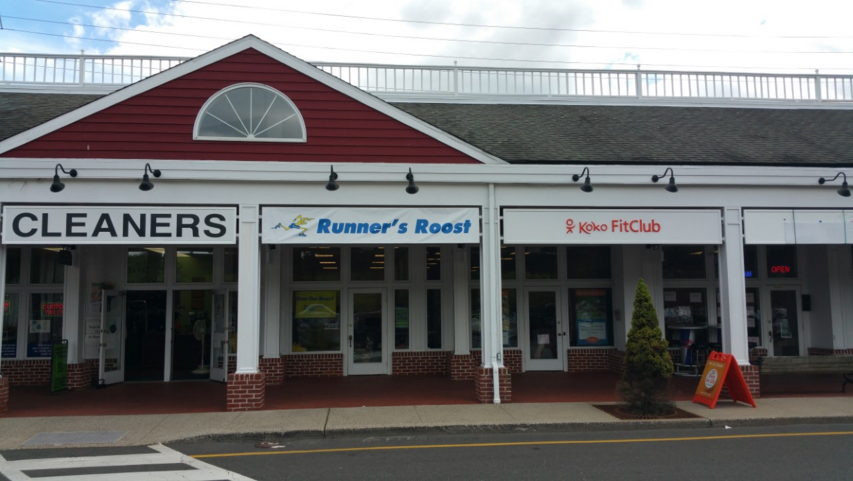 For a store all about movin’ on down the road, Runner’s Roost, a specialty shop for those who run, stayed put at 425 Post Road for a lot of years — 38 — before moving to Goodwives Shopping Center.

The store’s new space, near the “elbow” of the shopping center at 25 Old Kings Hwy. N. (between Imperial Cleaners and Koko FitClub) is open and ready for business. That includes business at Darien Sidewalk Sale & Family Fun Days, which starts this Thursday. The Pink Lemon/Blue Lime store previously occupied the same spot before moving out of town. 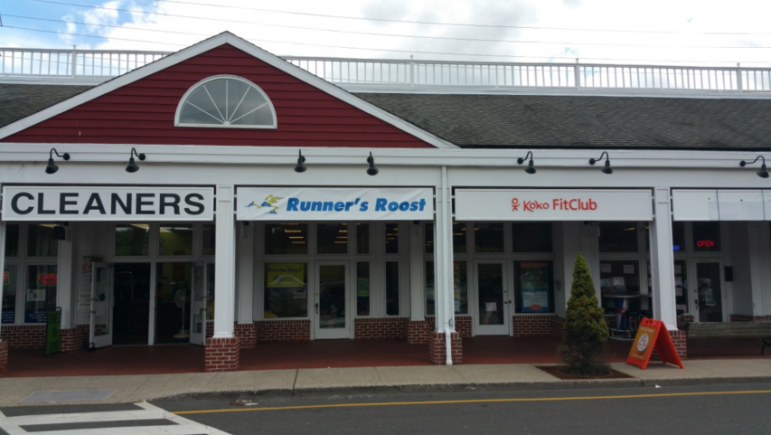 The twice-annual sidewalk sales are important for Runner’s Roost customers, said Catherine Solus, the store manager. That’s partly because producers of running shoes come out with new models every year, she said, and the store has to make space for them.

The new store location is a bit smaller than the old one (although there’s a bit more storage space), and the sidewalk sale is one way the store makes room for new stock.

“Each shoe we have on the wall is very specific,” Solus said, and the store’s aim is to carry the largest selection of running shoes customers can find in the area. “We have no redundancy on the walls. We try to have a wall of shoes where there’s got to be something up there for everyone.” 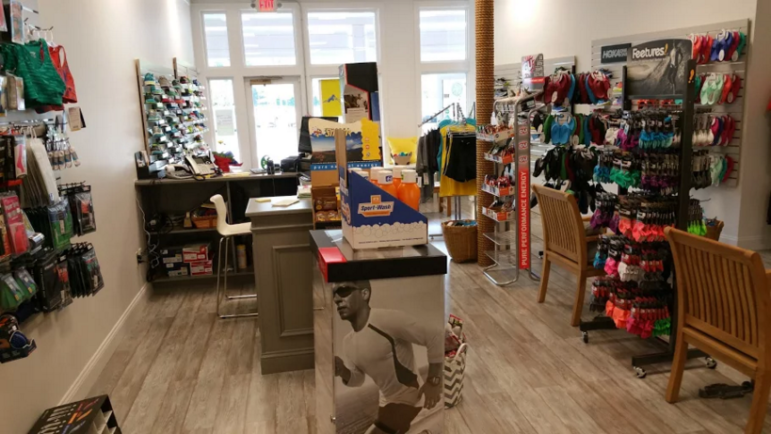 Inside the new location (contributed photo).

For this week’s sidewalk sale, she said, “We’ll probably have close to 700 shoes outside, and they’re all marked down.” Manufacturers limit the price markdowns for running shoes, limits that the store sometimes runs up against, she said, but customers know a bargain when they see one.

“People start calling way in advance,” she said. Before the store opens for a sidewalk sale, “They’re outside, like hawks, waiting for us to put the shoes out.”

The store also sells gear, clothing and any other needs for runners, Solus said, including socks and electrolyte products.

In 1978, Steve “Norrie” Norris, the girls track and field coach at Darien High School, started the store, one of the first specialty shops for runners in the area, and a go-to location for track and field players in Darien and other towns.

“He’s a runner who opened a retail shop, not a retailer who runs,” Solus said.

Runners from their teens to “customers who are well into their 60s and 70s” come into the store, she said, and get individual help in picking out athletic shoes and get fitted for them, she said.

The technology of retail businesses has changed in a lot of ways over the years, Solus said, but some things still stay the same, even in technology. On the one hand, the store already accepts “chip” credit cards.

On the other: A manufacturer’s representative in his 20s once visited the store and asked to take a picture of an old fax machine still being used there, she said. Some suppliers still want to get faxes.

Solus says a lot of customers have told her they appreciate the convenience that the move to Goodwives gives them. “They’re like, ‘I’m in Goodwives all the time,'” she said.

So if you’re running around doing your shopping …