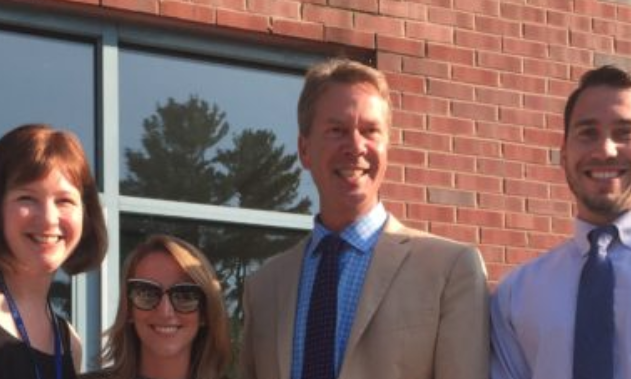 Addley gave no indication why Ketchum resigned or whether Ketchum was going to another job. 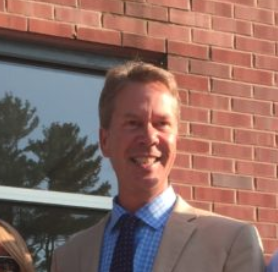 From a past publicity photo from the school

Dean Ketchum, who resigned as of Friday, Aug. 16 as principal of Royle Elementary School.

Addley said that Dr. Garan Mullin, assistant principal of Middlesex Middle School, has been appointed interim principal of Royle for the upcoming school year, when a search for a permanent replacement will begin.

Update, 4:37 p.m.: According to a 2016 news release from Darien Public Schools, Ketchum, now 51, was an elementary school teacher in Oklahoma, and served as the executive director of school improvement at the Oklahoma Department of Education for three years before moving to New York in 2003.

In 2013, Mr. Ketchum was named director of campus and elementary principal at Hunter College Campus School, a K-12 campus with over 1,600 students and more than 100 faculty members. From there, he was hired in 2016 as Royle School principal, after a national search involving 60 applicants.

It is with regret that I inform you that Mr. Dean Ketchum, Principal of Royle Elementary School has resigned from the Darien Public Schools, as of Friday, Aug. 16, 2019.

In order to fill this vacancy as soon as possible to ensure a smooth start to the school year for students, staff and parents, I have appointed Dr. Garan Mullin as the Interim Principal of Royle Elementary School for the 2019-2020 school year. The position will be advertised early spring and a full search process will take place. 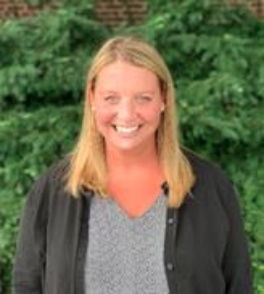 Garan Mullin has been named as interim principal of Royle School for the 2019-2020 school year.

Dr. Mullin is a successful and highly respected Darien administrator. She has been the Assistant Principal of Middlesex Middle School for two years. Prior to coming to Darien, Dr. Mullin was a Special Education central office administrator in Fairfield, CT.

Dr. Mullin’s career also includes elementary and middle school experience as a School Counselor. Dr. Mullin received her Bachelor’s Degree in Psychology from the College of the Holy Cross in Massachusetts and her Master’s Degree in School Counseling from Southern Connecticut State University. She received her Doctorate in Educational Leadership from Southern Connecticut as well.

Dr. Mullin has been described as someone who has the “ability to assess needs, identify solutions, implement the solutions and realize her goals. She works collaboratively with students, parents, families, staff and administration….to improve educational, social and functional outcomes for students.” I am confident in Dr. Mullin’s ability to provide outstanding building leadership for the school.

Dr. Mullin is “thrilled to step into this position at Royle and to remain a part of the Blue Wave family.” She continued, “I love this community and look forward to supporting the students, staff and families at Royle through a successful and rewarding school year.” We offer Dr. Mullin our congratulations on her appointment as Interim Principal and wish her much success in her new position.

Additional information about the vacant Middlesex Middle School Assistant Principal position will be shared with the Middlesex school community as it becomes available.