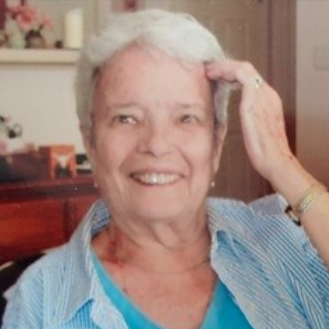 Rowena Bailey Ballas, 90, died on May 22. A celebration of her life will be held at a later date.

Rowena Robb (Bailey) Ballas of Malta, New York, died peacefully on the morning of May 22, at the young age of 90, her daughter by her side. 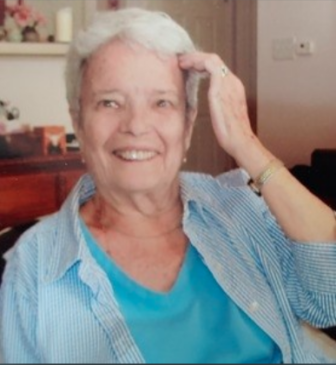 Rowena Bailey Ballas, 90, died on May 22. A celebration of her life will be held at a later date.

While it may have been lung cancer that took her life, she would be quick to tell you that it was only because she got tired of adding to her list of illnesses! Now she is free to dance in the wind and in our hearts.

Born Nov, 18, 1929 in Los Angeles to Dr. Egbert J. Bailey and Laura (Miller) Bailey, prematurely with her twin brother, Stephen Bailey, she was a miracle of survival. Life brought other challenges, each of which made her stronger, more humble, and more compassionate towards everyone she met. Her early life was spent in Darien.

Marriage in 1955 followed her graduation from business school, and the adoptions of her son, Chris, and later, Laura, marked the highest of highlights of her life.

After a divorce, she moved to Houston, where she lived for 38 years. While in Houston she met and bonded with James E. White Jr. They were inseparable, and Rowena finally got the love she deserved in life.

The pair worked at Houston-Galveston Area Council for many years and made wonderful lifelong friends there. They showered endless affection on numerous beloved cats and dogs they rescued over the years.

Though she could be a woman of few words, she was direct, thoughtful and honest. Full of questioning the true meaning and purpose of this life on earth, Rowena believed that living and loving well creates meaning every single day.

Rowena adored and is survived by her son, Christopher C. Lewis, and his wife, Pam Lewis, of Stone Mountain, Georgia; her daughter, Laura M. Lewis, and Laura’s partner, Darlene Kusaywa, of Halfmoon, New York; her grandchildren: Jessica (Lewis), David Lewis, Peter McPherson and his fiance, Indiana Nash, and Griffin McPherson; four great-grandchildren; and numerous cousins. She will be dearly missed by all.

A celebration of Rowena’s life will be held at a later date. A grateful thank you to Hospice, especially Beth and also her friend Sue for their gentle care.

Though she loved flowers, please consider instead a donation in her honor to lung cancer research, Hospice, ASPCA (or any animal rescue organization you cherish), the Sierra Club or Emily’s List.

— an obituary from Townley & Wheeler Funeral Home, where online condolences may be left