Robert John Mason, aka, Mace the Ace, 69, of Darien, passed away peacefully at home surrounded by his loving family on Thursday, May 27. 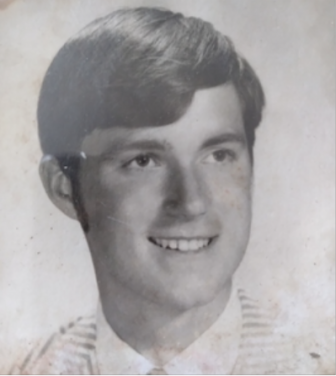 Robert Mason, 69, passed away May 27. His wake and a prayer service will take place Thursday, June 3.

He was born in Stamford on Feb. 26, 1952 to the late Vincent W. and Katherine Hudson Mason.

He was the captain of the Darien High School Basketball Team in 1971. Robert was a lobster fisherman and he enjoyed boating, clamming and was the life of the party. Robert was a plumber, a hard worker and quite the handyman.

Robert is survived by his loving daughter, Marjorie Mason of Darien; Debbie D’Aquila of Stamford; and Coretta Housey. As well as his sister, Claire Marabella, and her husband, Billy of Wilton; his uncle, George Mason of Darien; and his former wife, Susan Mudry of Glendale, New York.

Besides his parents, Robert was also predeceased by his sister, Janet Ostreicher.

Family and friends may call from 5 to 9 p.m., Thursday, June 3, 2021 at the Nicholas F. Cognetta Funeral Home & Crematory, 104 Myrtle Ave., Stamford. A prayer service will take place at 6 p.m. Interment will be private.

In lieu of flowers, the family requests that donations be made in Robert’s memory to the American Cancer Society, CT Chapter, P.O Box 280285, East Hartford, CT 06108.